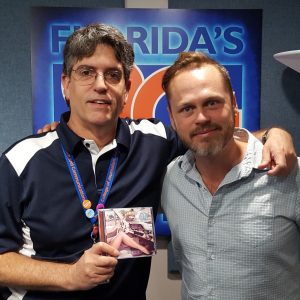 Then on Saturday, April 15th, Third House Books Presents: Marty Jourard & Jason Hedges at The Backyard at Boca Fiesta and Palomino from 4 to 7pm. Marty will be reading from and signing copies of his award-winning book on Gainesville music history of the ’60s and ’70s, Music Everywhere: The Rock and Roll Roots of a Southern Town. Marty just won the bronze medal for Florida non-fiction at the Florida Book Awards.

Hedges has been involved in the theater and music scene in Gainesville for many years and is a member of other musical projects including Company Man (with Rob McGregor and Jackie Leeper) and his Tom Petty tribute band, Heavy Petty (returning to Bo Diddley Plaza for the Free Fridays Concert Series, on September 1st).

Hedges is also a musician in residence for the UF Health Shands Arts in Medicine program and performed at last fall’s WUFT-FM poster signing event at the Florida Museum of Natural History.

Glenn Richards is Operations Coordinator and local host for Morning Edition on WUFT-FM. His background includes 30+ years of radio in South Florida as an air personality, promotion director, and morning show producer (WSHE, WZTA, & WFLC). His previous education includes a Bachelor of Science in Communication from the University of Miami where he was also general manager of WVUM-FM. Upon his arrival in Gainesville in 2006 to pursue a telecommunication master’s degree at the University of Florida College of Journalism and Communications, he worked as an air personality at WRUF-FM (both Rock104 and Country 103.7 The Gator). One of Glenn’s passions is local music. Since 1990, he has produced and hosted local music programs in both South Florida and Gainesville, playing demos and independent releases from unsigned artists, many of whom went on to national prominence including: Marilyn Manson, Sister Hazel, For Squirrels, Matchbox 20, Saigon Kick, Mary Karlzen, Nil Lara, Hundred Waters, and more.
Previous Activist Roberto Zurbano Reflects On Neo-Racism In Latin America
Next Florida Legislature Seeks To Change Future Of Community Colleges 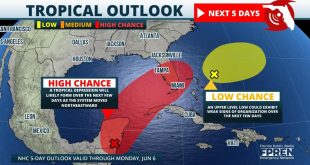