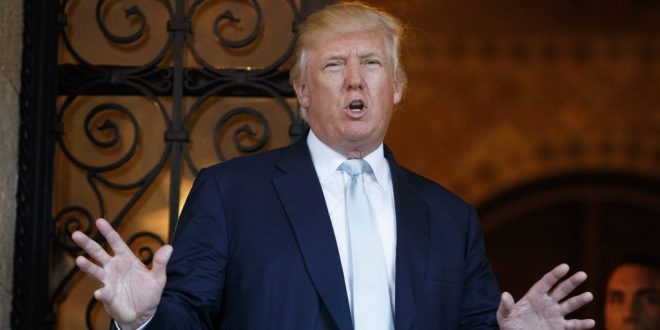 Trump Agrees To Give Florida $1.5B To Help Treat Poor

TALLAHASSEE — In a dramatic reversal, the administration of President Donald Trump has agreed to give Florida $1.5 billion to help its hospitals treat the poor and uninsured.

Gov. Rick Scott and the Trump administration jointly announced the agreement on Wednesday, a last-minute windfall that could help bridge a gap in the Republican-controlled state Legislature over a new state budget.

Some of the details remain unsettled, but the promise is a turnaround from 2015 when the administration of President Barack Obama decided to scale back the amount of hospital money it was providing to the state for what is known as the low-income pool.

The federal government at the time argued that the state should instead draw down federal money to expand the number of Floridians who were eligible for Medicaid – a key part of the health care overhaul pushed into law by President Obama.

“It is refreshing to now have a federal government that treats us fairly and does not attempt to coerce us into expanding Medicaid,” said Scott, a critic of the health care overhaul who has flipped back and forth on his support for Medicaid expansion.

Florida twice in the last four years considered, but did not agree to expand Medicaid, due largely to the staunch opposition of Republicans in the Florida House.

But the proposed infusion comes at a critical time: The House and Senate are about to start budget negotiations with only about three weeks left in the annual legislative session. The Senate this week voted unanimously for an $85 billion budget that has wide differences with the House spending plan that will be approved on Thursday.

One key sticking point was that the Senate was counting on receiving $600 million in federal low-income pool money for hospitals. The House, however, did not include any money in its budget since there was not an agreement with the federal government while it was being drawn up.

House Speaker Richard Corcoran, the Land O’Lakes Republican who opposed Medicaid expansion and has complained in the past that the state spends too much money on hospital care, cautioned “we don’t have the money yet. We have an announcement.”

The House had already proposed deep cuts to hospitals as well as universities in its $81 billion proposed budget.

Rep. Carlos Trujillo, the House budget chairman, would not promise if the extra federal money would remove the need to go ahead with cuts. Instead he said the hospital money could free up other state money that could be used for tax cuts or to build up the state’s reserve accounts.

Senate President Joe Negron called the agreement a “positive development for putting our budget together” but he also said he needed to find out more from the Scott and Trump administrations on any conditions that come with the money.

“I think it’s too early to determine how we want to deploy those funds,” Negron said.

The Legislature has slightly less than three weeks left to come up with a new state budget in order to end their annual session on time. There is a $4 billion divide between the rival spending plans and the two sides are not in sync on everything from local property taxes to money for economic development.

The Associated Press is a wire service to which WUFT News subscribes.
Previous Florida Relocates Scrub-Jays In Effort To Help Population
Next In Putnam County Election For Sheriff, Voter-Fraud Allegations Cast New Doubt