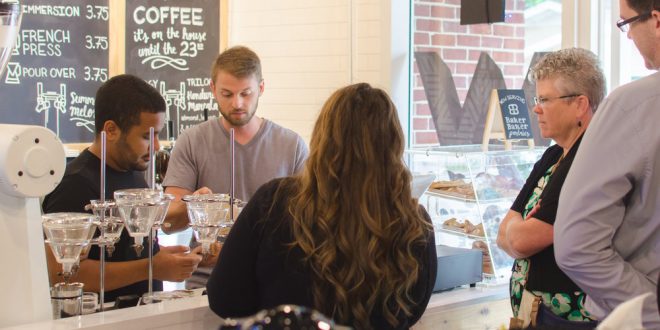 Gainesville Small Businesses Could Get Boost From Tax Reform

The reform, referred to as a “blueprint” by its creators, has been taken up by the U.S. House but doesn’t yet have a vote date scheduled for all representatives. So many supporters are pushing to keep the conversation about and support of the idea moving.

If the proposal does become law, Gainesville business owner Stephen DiMare said it would help him because his current taxes are so great that he can’t grow as much as he’d like.

“There’s always pros and cons, which I know, but I think in general less corporate income tax would help so much,” said DiMare, who owns The Hyppo popsicle stores. “And I know a lot of other people who own businesses that agree. [The current tax laws are] reducing innovation, reinvestment and new jobs.”

On Tuesday, the National Black Chamber of Commerce hosted a conference call to talk about the impact the proposed blueprint would have on small and medium-sized businesses across the nation.

The call — which was open to organization members and the media — featured business owners from Nevada, Louisiana and Florida. National Black Chamber President Harry Alford opened the conversation with a summary of the bill and its influence.

“Comprehensive tax reform is the only way to push a lagging economy forward,” he said. “The potential impact of this plan is immense.”

Specifically, the blueprint would lower the corporate tax rate to 20 percent and the rate for small businesses to about 25 percent, Alford said. These numbers — currently 40 and 44 percent, respectively — would be the lowest rates since World War II.

Barney Bishop, a former president of Associated Industries of Florida and owner of Barney Bishop Consulting in Tallahassee, was one of the featured speakers on Tuesday’s call.

The native Floridian called the Sunshine State a “small-business state” and said the plan would be a “shot in the arm” for the state’s and nation’s economies.

“Really, the heart of America’s economy is in two places,” Bishop said. “One is in manufacturing, and the second is in the small-business community. It’s the small businesses that are popping up every day that are the engine that keeps America running.”

DiMare opened his first Hyppo store in 2010 in Gainesville, and it now has two locations in the city as well as seven others in major cities across Florida. He also owns Wyatt’s Coffee in midtown Gainesville.

Gainesville is a great place to start a business, but tax reform is much needed on a national level, DiMare said.

The two biggest tax problems for small businesses in Gainesville are tangible property taxes — which apply to things like furniture, machinery and other equipment and supplies — and federal income taxes, he said.

“If we want to make our space beautiful and invest in doing something nice for the community, we are penalized for that,” DiMare said. “[These taxes] raise rates by thousands [of dollars] on top of us having to covering business expenses.

“There’s no flow there. You’re taxed on things you already own.”

DiMare said the tax plan discussed on the conference call would have an immediate positive effect on his businesses and would also attract investors.

“If they pass this bill, it would help us a lot and bring on more investors,” he said. “For us, this is a very real thing. And if it were to [pass], we could open more locations and hire 30 to 40 more people. That’s a good thing.”

Molly Donovan is a reporter for WUFT News and can be reached at 850-819-0721 or news@wuft.org.
Previous Marlowe To Become Newberry’s Mayor; Glanzer, Marden Win Commission Races
Next Gainesville Police Arrest Miami Man Wanted By Secret Service

In Its Endeavor To End Homelessness, Gainesville Begins Dismantling An Encampment That Had Become A ‘Broken Piece’ In A System Of Care.