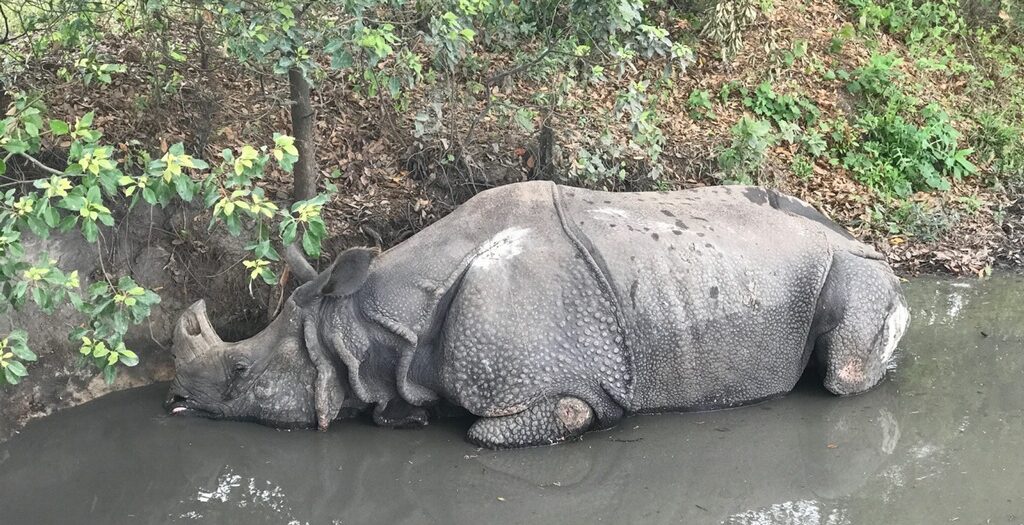 Rhino’s Destroyed Home To Be Rebuilt

Henry the Rhinoceros will soon have a new home.

After an electrical fire burned down Henry’s home at the Carson Springs Wildlife Conservation Foundation February, the 4,600 lb. Indian Rhinoceros has had to spend his nights sleeping in a makeshift shelter.

Work on Henry’s new home is underway. Christine and Barry Janks, founders of the non-profit foundation, hope to have the structure completed within the next couple of weeks.

Considering Henry’s age, the faster it happens, the better. The average lifespan of an Indian Rhinoceros is 40 years, according to National Geographic, and Henry is 35.

So when the fire engulfed Henry’s home, Barry and Christine knew the Rhino, who has had at least 30 children and almost 60 grandchildren, would need a new home as soon as possible to properly resume his days of retirement at Carson Springs.

Syama Allard is a reporter for WUFT news. He can be reached at 352-256-8749 and at sallard108@ufl.edu
@Syama Allard
Previous Miami Beach Implements Spring Break Ordinance Due To Overcrowded Beaches
Next Annual Fundraising Event Supporting Local Non-Profits Raises Close To $850,000