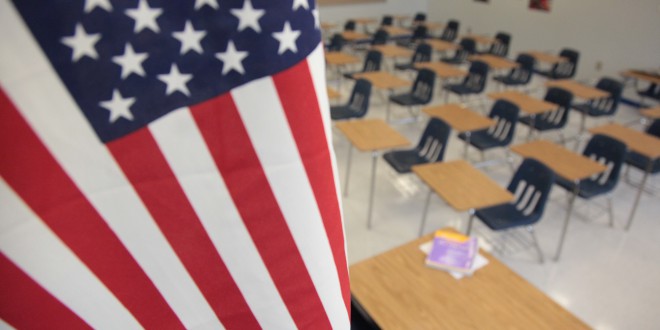 TALLAHASSEE — Students, their parents and school employees would be guaranteed wider rights to publicly pray and express their religious beliefs in public schools under a far-reaching bill approved today by the Florida Senate.

Backers of the legislation, including Senate President Joe Negron, contend that the measure is needed because schools have unnecessarily clamped down on free-speech rights, including prohibiting students from wearing crosses as jewelry and chiding students who want to include religious figures in their academic work. The school superintendent in Broward County in 2014 apologized after a student was told he couldn’t read the Bible during a free reading period.

The bill (SB 436) says school districts may not discriminate against any student, parent or school employee because they shared their religious viewpoint.

But those opposed to the bill say it could open the door to cracking down on science teachers who teach evolution and allowing Christian students to intimidate those of other faiths.

“Could it be provoking? Could it be concerning? Yeah, that’s healthy thought. That’s what happens in a free world,” said Sen. Dennis Baxley, the Ocala Republican and sponsor of the bill. “This isn’t protecting a faith; it’s protecting all people’s freedom to express their hearts.”

The Senate passed the bill 23-13 following a wide-ranging debate. A similar bill is now moving in the Florida House.

“We don’t need it. It should be sufficient that during the school day, you can pray to yourself,” Farmer said. “We all have our own personal relationship with God or Allah or whoever we believe in. But to force that on other people is just not necessary, and it can be harmful and it can be disrespectful.”

The bill, which is backed by several Christian groups, says that students can wear clothing or jewelry that conveys a religious message. Negron has agreed that this would also allow followers of Islam to wear hijabs in schools.

The legislation also says students can express their religious viewpoints in coursework or artwork without being penalized. It also makes clear that students can pray and organize religious groups to the same extent as other clubs and groups are allowed to meet on school grounds.

The Associated Press is a wire service to which WUFT News subscribes.
Previous Florida Senate Looks To Put Together Marijuana Plan
Next Under Bill, Florida Brewers Could Take Beer Straight To Bar

The plan, which must be sent to the state by Friday, includes three choices for how students would like to continue their education in the fall, offering one online and two in-person options.