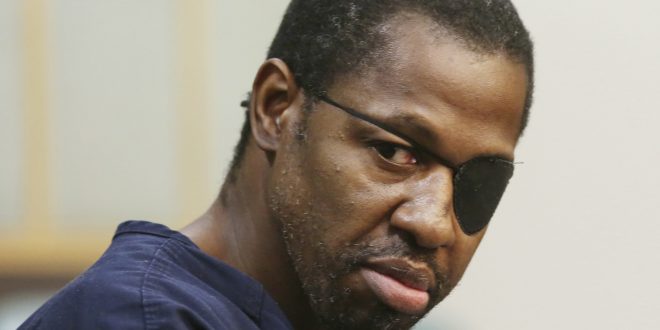 Accused murderer Markeith Loyd in court in February. The top prosecutor for metro Orlando said today she is no longer going to seek the death penalty, including for Loyd, who is charged in the killings of his pregnant ex-girlfriend and an Orlando police lieutenant. (Orlando Sentinel file photo)

ORLANDO — The top prosecutor for metro Orlando said today she is no longer going to seek the death penalty, igniting condemnation from some state lawmakers and law-enforcement officials but also praise from some civil-liberties groups.

State Attorney Aramis Ayala said she had decided to no longer seek the death penalty in first-degree murder cases after conducting a review. The most visible case immediately affected by Ayala’s decision is that of Markeith Loyd, who is charged in the killings of his pregnant ex-girlfriend and an Orlando police lieutenant.

Orlando Police Chief John Mina said in a statement that he was “extremely upset.”

“The heinous crimes that he committed in our community are the very reason that we have the death penalty as an option under the law,” Mina said.

Ayala said at a news conference that there is no evidence of improved public safety for citizens or law enforcement with the death penalty and that such cases are costly and drag on for years.

Legal questions about Florida’s death penalty law during the past year brought executions to a halt.

The U.S. Supreme Court in January 2016 declared the state’s death penalty sentencing law unconstitutional because it gave too much power to judges to make the ultimate decision.

The Legislature responded by overhauling the law to let the death penalty be imposed by at least a 10-2 jury vote.

In October, however, the state Supreme Court voted 5-2 to strike down the new law and require unanimous jury decisions for capital punishment.

Florida Rep. Bob Cortes said he was “outraged” by the decision not to pursue the death penalty in Loyd’s case.

But Adora Obi Nweze, president Florida State Conference NAACP, said it was a step in the right direction.

“Ending use of the death penalty in Orange County is a step toward restoring a measure of trust and integrity in our criminal justice system,” she said.

The Associated Press is a wire service to which WUFT News subscribes.
Previous Mar. 16, 2017: Morning News In 90
Next Q&A: Scott Fried On Living With HIV, Converting Fears Into Strengths