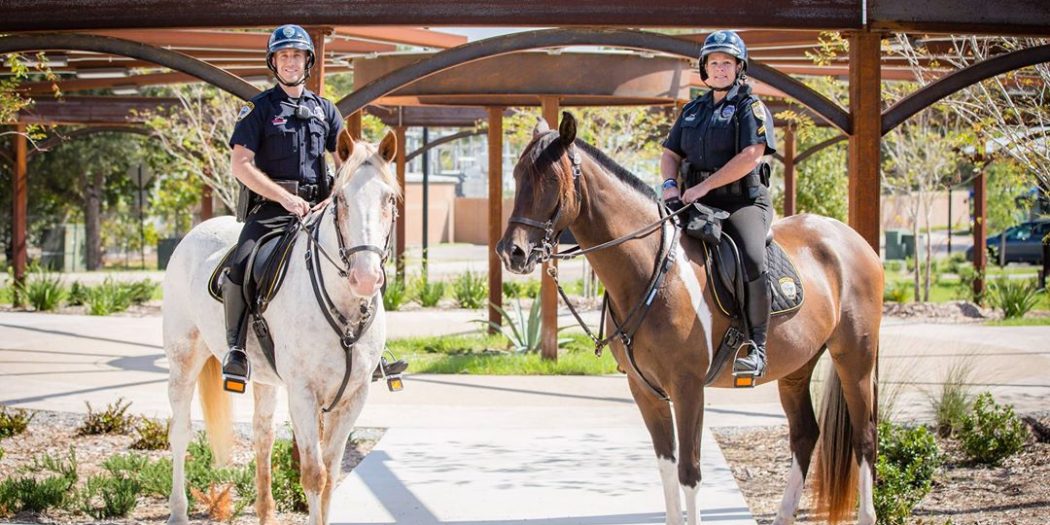 Gainesville Police Department announced Thursday that they are retiring their unit of horses, known as the Mounted Patrol Unit, after 20 years of serving in downtown Gainesville.

GPD has two remaining horses – named Rusty and Bolt – after two others recently retired from the force, which it will now try to place in other local police departments.

“Of course I’m sad to see the Mounted Unit disband,” said Officer Ben Tobias, GPD’s spokesman who was once part of the unit himself. “It’s unfortunate that we have to make difficult decisions in our business environment. Our horses and riders have given a lot to the department and to the community. Our city is changing, and some of the traditional methods of policing have to be re-thought.”

The Mounted Patrol Unit was created in 1997 to help with crowd management and community engagement, according to GDP. Officer Ryan Foster and Cpl. Tracy Fundenburg worked the unit 40 hours a week, and will be moved to the Patrol division.

GPD will replace the Mounted Patrol Unit with more bicycle patrol officers in the downtown area.

Kirsten is a reporter who can be contacted by calling 352-392-6397 or emailing news@wuft.org.
Previous Police: East Palatka Home Grower Had Pot Worth $275K
Next Cartoon Workshop Brings Chicago Artist To Gainesville