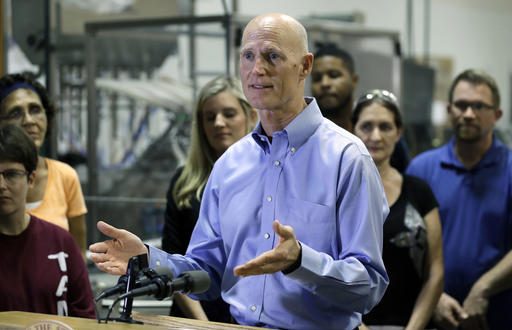 TALLAHASSEE — Florida Gov. Rick Scott, who urged President Donald Trump to move quickly on a health care plan, is sidestepping questions on a Republican health care bill that has set off an intense reaction in Washington.

But Scott is also so far refusing to endorse the measure crafted by top GOP legislators in the U.S. House as a replacement to President Barack Obama’s health care law. Instead, he said Tuesday, “I’m encouraged that there’s a real good conservation going on up in D.C.”

“I know there’s a debate about all the numbers. I’m going to continue to work on getting a good bill,” said Scott, who also met with House Speaker Paul Ryan last week to discuss the health care legislation.

Scott would not answer specific questions on the new study by the nonpartisan Congressional Budget Office that estimates the GOP plan would increase the ranks of the uninsured by 14 million people next year alone and 24 million over a decade. He is also refusing to delve into the possible impact the bill may have on Florida’s Medicaid program, which relies on billions in federal aid each year.

Scott’s reluctance to get into the debate over the legislation is a marked departure from just a few weeks ago, when he was openly calling on Trump and Republican leaders to act. He has constantly called “Obamacare a mess,” yet he has refused to say what should happen to the millions who are getting coverage under the plan. Nearly 2 million Floridians enrolled this year for health insurance coverage through the federal health care exchange.

Scott, who was first elected to office in 2010, launched his political career amid the initial wave of opposition to the Obama overhaul. The former health care executive launched a group called Conservatives for Patient Rights, which ran television ads against the law.

During his first term in office, Scott made a dramatic turnaround and threw his support behind expanding Medicaid, which was a key element of the Obama overhaul. But after he was re-elected, he abandoned that stance.

Florida has never drawn down the federal money available for Medicaid expansion due to strong opposition from Republicans in the Florida House, including House Speaker Richard Corcoran.

The Associated Press is a wire service to which WUFT News subscribes.
Previous March 15, 2017: Morning News In 90
Next 2016 Death In Marion County Ruled As Homicide 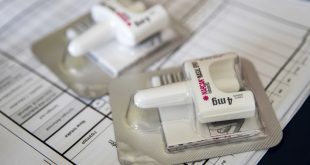