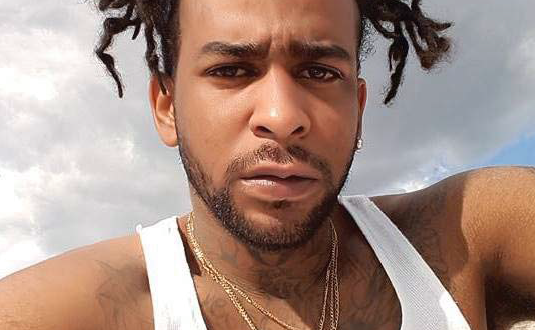 Marion County authorities announced today that a man’s August 2016 death was a homicide, bringing last year’s homicide count for the county to 16.

Eric Danzell Humbert Jr. — whose body was found by deputies in the woods between Dunnellon and Ocala north of State Road 40 on Aug. 20, 2016 — died from blunt-force trauma and sharp-force injuries, according to a news release from the Marion County Sheriff’s Office.

“That was determined by the experts at the Florida Department of Law Enforcement, the C.A. Pound Lab at the University of Florida and the medical examiner’s office due to the evidence that they found on the remains,” Marion County Sheriff’s Office spokeswoman Lauren Lettelier told WUFT News today. “They have determined that this is a homicide.”

Deputies began searching for Humbert after his family reported him missing on Aug. 14, 2016, and listed him as “missing endangered.”

His death being ruled as a homicide took about seven months because of the careful nature with which the evidence was examined, Lettelier said.

“It’s up to the science and forensics. It’ll take as long as it takes,” she said. “We have been waiting for the experts at the University of Florida Pound Lab and the medical examiner’s office to get these results back, to do their work and to do it diligently.”

Next, the sheriff’s office will continue analyzing evidence and conduct interviews as they continue to look for suspects. But no one has been named as a suspect yet, Lettelier said.

“We are encouraging people to call if they have any tips about this investigation,” she said. “Any information will help us at this point in time.”

People with information regarding the case are asked to call Marion County Detective Larry McArdle at 352-368-3535, the release said. They can also provide anonymous tips to Crime Stoppers of Marion County at 368-7867 or text tips to 274637 using keyword 368STOP.

Tips can also be submitted at www.OcalaCrimeStoppers.com. Tips leading to an arrest could lead to an award of up to $1,000.00.

Twelve of last year’s 16 homicides have been solved, Lettelier said. There have been six so far this year, with two of those solved, she added.

Turner F. Street is a reporter for WUFT and can be reached at turners@ufl.edu or 904-382-9272.
@@TurnerStreet
Previous Fla. Gov. Scott Wants Repeal But Stays Quiet On GOP Health Plan
Next Gators QB Luke Del Rio To Have Shoulder Surgery