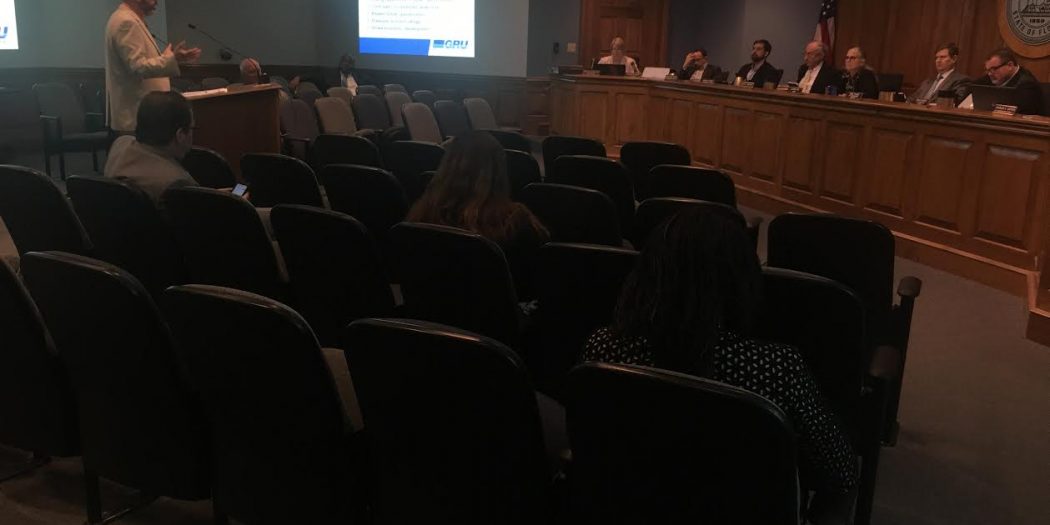 Gainesville Regional Utilities and Gainesville Renewable Energy Center are again in discussion of their initial 2013 agreement.  A possible solution: a GREC biomass plant buyout by GRU.

At the Gainesville City Meeting Thursday, aspects of the buyout discussed by GRU General Manager Edward Bielarski were the price and savings of the buy and the risks of inaction. The long-disputed agreement between GRU and GREC stems from GRU’s obligation to pay GREC $194,709 a day during annual periods when the center is closed. The costs cover “Available Energy,” which is the “cost of ownership and fixed costs of operation,” according to the Gainesville meeting agenda.

GRU has offered $750 million for the biomass plant, but there is currently no signed memorandum of understanding between GRU and GREC.

Bielarski said that if a deal goes through, it would substantiate around $27 million in savings per year. He said that the risk of inaction is continually high electric bills.

“Our fuel rates are twice as high as FPL,” Bielarski said. “This transaction would put us more in line with FPL. That’s the only way we could get to this level, to do something like that.”

If GREC signs the MOU, Bielarski said there could be possible increases for utility taxes to the city and possible reductions of property taxes in Gainesville and city entities.

“What we are bringing to you, what we believe through this MOU is something that will reduce rates [and] will increase funds to GRU to become the 21st century utility we are striving to be,” Bielarski said. “But we have to understand that we touch more than GRU, and so we will vet that with the county, city commission, city manager.”

At the Gainesville City Meeting, the unsigned MOU was a large concern of City Commissioner Todd Chase. He hopes that if a deal ever goes through that money is filtered back into the city and program.

“No matter what [is] built into this deal, this city commission needs to vet and think about, and almost demand that we set up a policy that is untouchable,” Chase said.

Before Bielarski presented, many residents voiced concerns about transparency and the heightened prices of GRU.

Nathan Skop said that the city is part of a larger issue because the biomass contract was always a risk. He said now the utility customers have to pay for a mistake made by the initial deal.

“The fact that we are having to spend 45 million to save 70 million per year really doesn’t negate, nor should the community be tired of talking about biomass because we are the ones, 93,000 GRU customers, who are being asked to pay for this bailout,” Skop said.

Chase said that if the deal passes he is concerned that the savings from the GRU ownership of the biomass plant will not be used for the city. He said “we owe it to the customers.”

“Any commission will have their hands tied,” Chase said. “They will not let their political ideology and gains get in the way of this savings.”

Jessica Schein is a reporter for WUFT News and can be reached at (352)-392-5551 or jschein@ufl.edu.
Previous Anti-Circumcision Group Holds Protest In Gainesville
Next City Commissioners Make Unanimous Decision For Electrical System Upgrade