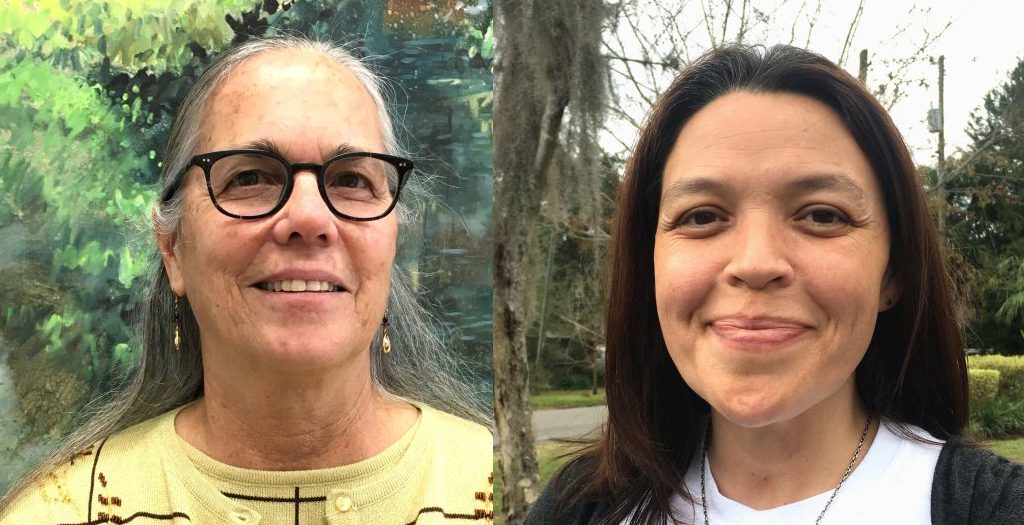 Incumbent Helen Warren will vie for her second term as city commissioner at large against newcomer Jenn Powell on March 14. 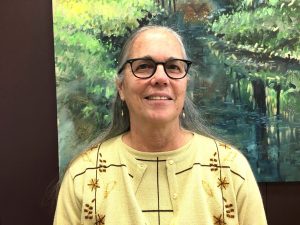 Helen Warren, 63, is a graduate of the University of Florida. She describes herself as a “boomerang,” having moved around a few times after graduation but realizing that she would always compare each place to Gainesville. She eventually returned to her alma mater city in 2002.

Warren said she first got involved with city government through an interest in the GRU relationship with the GREC plant, an issue that has been prevalent in the last seven years.

As a member of the environmental community, Warren served as the president of the Alachua Audubon Society from 2009 to 2013. She also served on the board when not president.

Warren was elected the at-large city commissioner in 2014. She has since served three years and is happy to have had the past three years to understand the complexities of city government and the services of the people.

She’s not finished yet, though.

“I’m now understanding that the leadership is in good hands with the different departments, and that doesn’t mean there aren’t things to tweak to project the budget and the needs of each department, but we are in a position that we can do something different with the level of poverty that we have across the city,” Warren said.

In her three years, Warren said she has been working to improve RTS transit and increase services in underserved areas. She wants to save expenses by incorporating different sized buses. She understands the biggest cost is payroll, but she believes the second is capital investment in the vehicles.

Along with her city commissioner title, Warren has been a realtor for Berkshire Hathaway Home Services Trend Realty since 2002.

Although her first term is at its end and a new term is up for grabs, Warren is most excited about the time in which the transition is taking place.

“My biggest excitement about the pining of my term being in turnover is that there is this wake-up call across the board of needing to have government more accountable and the people need to participate with that process, and I’m real excited about that,” Warren said. 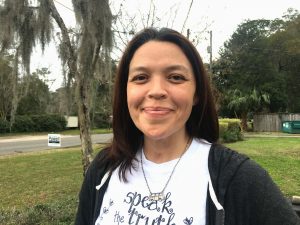 Jenn Powell, 38, is a working mother of four running for her first government office position. She has worked as a bookkeeper since 2000.

Powell’s campaign focuses on the working class, where she has noticed skyrocketing housing costs, high utility costs and stagnant wages.

“It seems like everybody’s looking out for the big corporations or out of town developers, and nobody is paying attention to working families and the struggle that we endure,” Powell said.

Powell said she hopes to “look out for the little guy” and be the voice for the working class, stating that working families don’t have the time to come to city commission meetings.

As an at-large candidate, Powell said she brings passion, energy and creativity and has been listening to people’s concerns for the past two years. She understands the struggles they are facing and said they “can’t wait another three years for that voice.”

“Our workers don’t need the hesitation,” she said. “Our city employees shouldn’t be living in poverty, so that’s why I’m running.”

Powell said she’s aware that she’s coming into the election late and that it is going to be a people-powered campaign, but she’s happy to have had a lot of encouragement along the way and hopes to stand for the working class.

“Somebody’s got to be a voice for them, and I would be a strong voice and a strong vote for small businesses,” Powell said. “I want to be a champion for the working class.”

Endorsed by the Sierra Club, the nation’s largest grassroots environmental organization, Powell said the environment is an important issue to pay attention to.

Both candidates said they believe that water quality is a prevalent environmental issue in the city.

“I do feel like the water management districts have lost some of their power and being able to delegate permits,” Warren said. “We’re giving people expectations to follow certain policies, but we’re not giving them the funds to follow through with it, or we’re hiring people who have the intelligence to understand what the environmental impact is on certain water-use permits and industries, but then we are not enforcing the policies that are in place.”

Warren and Powell also agreed that educating the public is an important aspect in conserving water and waste in the city.

“If we don’t start making changes soon here in Florida, we are going to be struggling to find clean water to drink,” Powell said. “There are other cities across the country, like Flint, Michigan, where bad decisions poisoned the people. So we need to be very careful about the environment.”

Powell, whose campaign is focused on the working class, seeks to educate citizens on how to cut down waste and utility usage and expand programs to help lower income residents.

These programs include helping renters receive benefits from the programs that exist for homeowners, and encouraging landlords to upgrade their appliances and weatherize their properties.

She is also looking to keep small businesses running in Gainesville, as she has seen big corporations being enticed to move to Gainesville while the businesses already here are being ignored.

“We need to do something to encourage our citizens to start small businesses,” Powell said. “For the businesses that are already here, we need to find out what’s stopping them from growing.”

Warren addressed the “pockets of poverty” in the city and believes if we focus services in those areas, we can provide more jobs and food sources like groceries.

“If we don’t solve the problems of the economic disparity in the pockets of poverty, we’re just kicking it down the street,” Warren said.

Though she is a first-time candidate for city commissioner at large, this isn’t Powell’s first involvement in politics. In May 2015, she started a Bernie Sanders campaign and was elected as the 5th District Bernie delegate.

However, Powell said she isn’t interested in “politicking”; she wants to be a public servant to the city.

“So many people focus on national politics when it’s the local politics that really impact their day-to-day lives,” Powell said.

Powell stated that generally 11 percent of the people vote in city commission elections. She hopes to at least double that number.

“Bernie wanted to elevate political consciousness, so that’s what I want to do and just educate people about our city elections and, you know, let’s get more than 11 percent of the people to come out,” she said.

In response to complaints of putting too many resources into government, Warren said more private industries need to contribute to the effort to better the community, giving the example that we can’t depend on police to perform every act of goodness.

“We, the people, need to be acting in that humane capacity that we have, and I think people are inspired right now to get involved with their communities,” Warren said. “This is just the right time to set a process in place where people can get connected with needs.”

Both candidates expressed their concerns about limited transportation opportunities in Gainesville.

During her time, Warren worked on increasing RTS services in underserved areas and creating a multi-modal transportation model around the city.

Powell said she believes the current RTS routes is an excellent service for students at UF but believes transportation and bus routes need to be expanded to “get everybody where they need to go.”

“I would love to ride the bus to work, but there is no efficient way to do it where I live and where I work,” Powell said.

Baylor Cherry is a reporter for WUFT News and can be reached at 727-916-0142.
@@BaylorACherry
Previous Alachua County Commissioners Vote To Appeal City’s Voluntary Annexation Of Finley Woods
Next Mar. 1, 2017: Morning News in 90