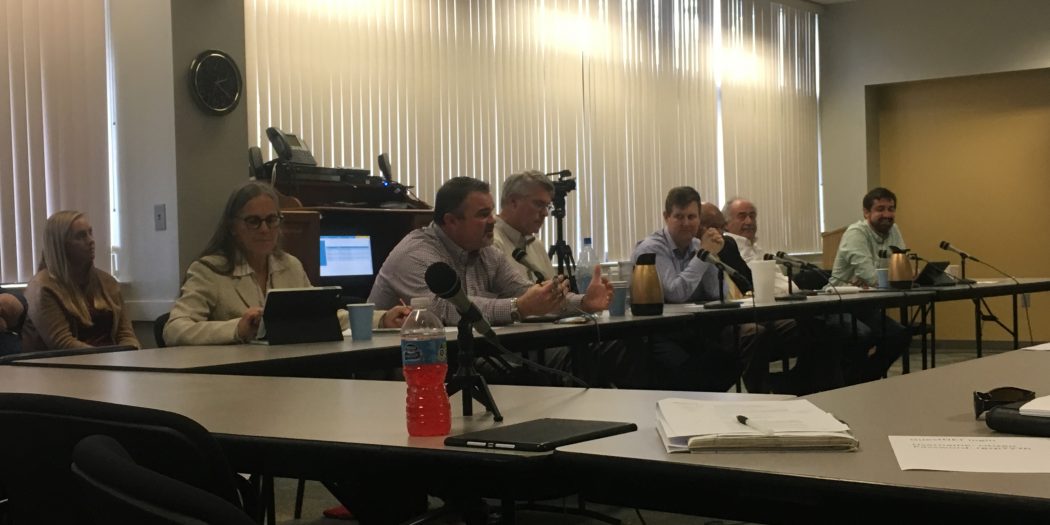 The City of Gainesville will take its first step toward more affordable and accessible internet coverage by outlining the framework for a study to explore potential solutions. However, the motion was only approved after critical scrutiny of the issue by multiple city commissioners.

Hayes-Santos has made internet accessibility and affordability a central issue since his campaign in 2016. He said citizens are very frustrated that Gainesville pays higher rates for broadband internet than any city in Florida.

“The public has made it very clear,” he said. “We get emails all the time from people who are upset about their internet connectivity and the high prices. They want something better, and we should do better.”

Walton outlined the first model, the electric utility model, which would entail an expansion of GRUCom’s internet services throughout residential areas. He said similar models have worked in Chattanooga, Tennessee, and Scottsboro, Alabama.

He also outlined three other models, considered public-private partnerships, that varied in risk, benefit and control.

When Walton was finished with his presentation, multiple city commissioners expressed hesitation, skepticism and discomfort.

Commissioner Todd Chase was the most verbal critic, questioning if it is necessary to address internet access and affordability or if this was just a political move.

“Whether we have the highest rates in the state or not, and it doesn’t seem like we do, I don’t think that’s something we want to run around saying,” Chase said. “Especially if it isn’t true.”

He said politicians will say it in order to stir up outcry from citizens because they need to be elected.

“This concept of broadband access to everyone everywhere… I would love to see a politician who wouldn’t support that,” he said.

“We want to make sure that the need and desire is there, and that we have a problem,” Carter said. “Lets make sure we’re not just doing this to feel good.”

Commissioner Chase also expressed his discomfort with GRU handling this issue. He said GRUCom is one of the five auxiliaries at GRU, and it is the only one that does not have a pure monopoly.

“If you think the internet problem in this town is holding people back, then you should join me in being outraged at GRU’s electric prices,” he said.

He said GRU should be part of the discussion, but that it should be more of a city government issue, and Gainesville politicians need to be careful selecting who conducts any potential studies.

This lack of competition was mentioned several times during the meeting.

Chase proposed a motion to direct city staff to research the issue so that it can be more clearly defined and then lay out the framework for a study that will determine the best solution for Gainesville. The motion also included partnering with Alachua County and the University of Florida to ensure all major stakeholders are involved.

When the commission opened the floor for citizen comments, Bryan Eastman and Chris Dalton supported the motion to outline a study, saying everyone should have access to affordable broadband internet.

Eastman and Dalton are co-founders of Connected Gainesville, an activist group that seeks to bring affordable and dependable broadband throughout the county. The organization launched Feb. 1 with the initial goal of pushing the city commission to fund a study that would explore solutions.

The city commission unanimously approved the motion to go forward with designing the study. Over the next month or so, the city will select staff to conduct research and outline the potential study.

“This is the first step on a long process,” Eastman said. “The commissioners had good input. They questioned where they needed to, but I think everybody understands there is a problem in our community and we need to take action to move in the right direction.”