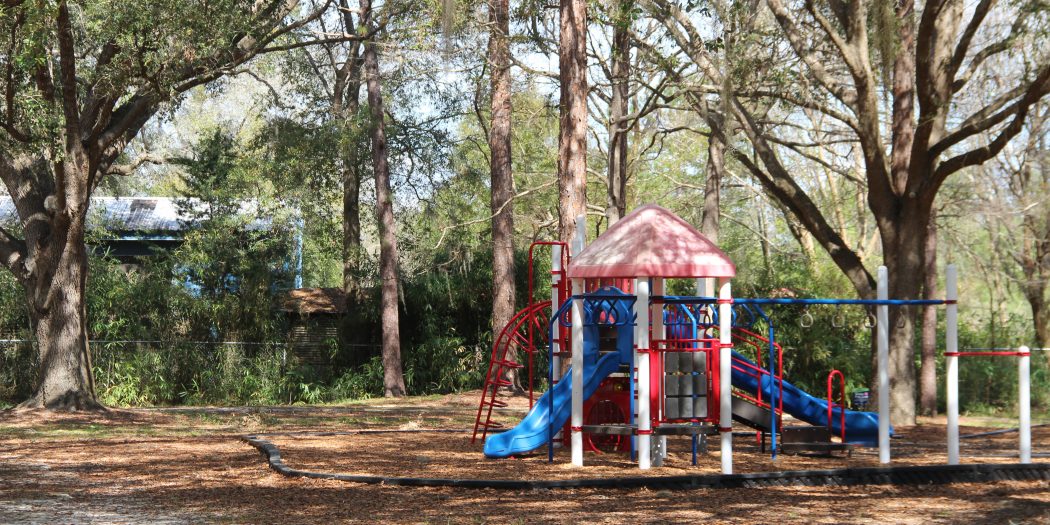 An officer has been placed on administrative duty after firing at an armed man who may have been planning a retaliatory shooting Sunday, police said.

GPD arrested James Vincent Barber, 18, of Rivera Beach, in the 1900 block of SE 41st Ave. after receiving a 911 call saying that people involved in a shooting outside city limits Saturday were planning a retaliatory shooting at TB McPherson Recreation Complex, located at 1717 SE 15th St.

The caller told GPD that the suspects were driving toward the park in a white Nissan, said GPD spokesman Ben Tobias at a news conference Monday. Officers soon found a white Nissan pulling into the Woodland Park apartment complex, where upon seeing a police car, the driver sped away.

After about a quarter mile, officers were able to stop the car in the back of the complex, where the man, holding a handgun, got out of the car, Tobias said. After seeing the gun, an officer fired two shots at the driver but didn’t hit him.

“Officers have to prepare for the worst in situations like this,” Tobias said. “We’re very happy that no one including our officer was hurt in this incident.”

The man then ran away from officers, Tobias said. Another passenger also ran away and hasn’t been found, though officers believe they know the passenger’s identity. A .40 caliber handgun magazine with ammunition and a gun were later found along the area where he ran.

After an hour of searching for the man, officers found him at TB McPherson Park where he again ran away, getting into a car and speeding away, Tobias said.

Barber was arrested and taken to the Alachua County Jail on charges including aggravated assault on a law enforcement officer, fleeing and alluding and tampering with evidence, among others. As of press time, he is being held in lieu of a $15,000 bond.

The GPD officer who shot at Barber has been placed on administrative duty pending an investigation by GPD’s Criminal Investigation Division and its Internal Affairs Division.