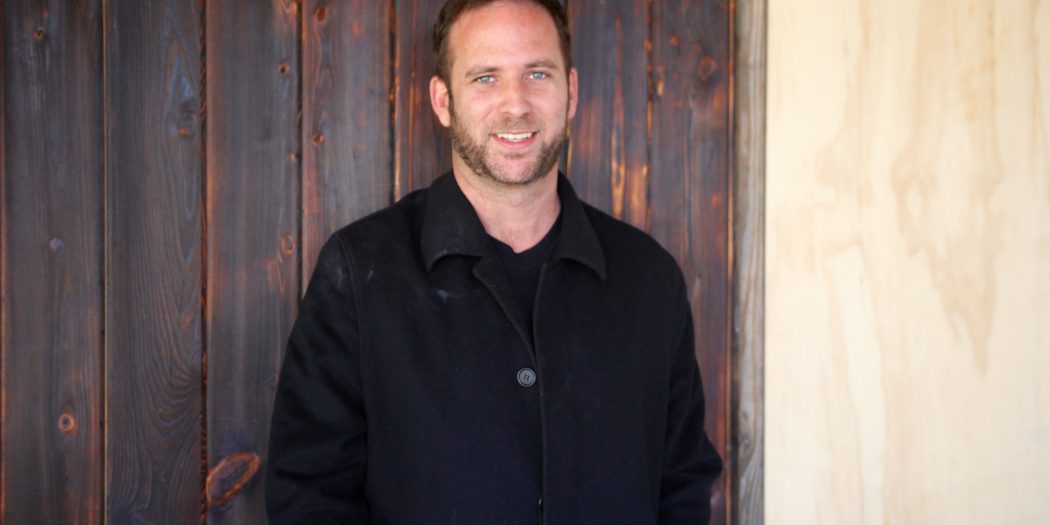 Dave Melosh is always up to something.  The owner of Medusa Productions studied under Bruce Swedien, the producer who recorded several Michael Jackson albums. During the past three years, he recorded more than 350 live studio videos of musicians in Gainesville.

His next big project is opening Heartwood Soundstage, the first live venue-recording studio combination in Gainesville.

Heartwood Soundstage, located at 619 S. Main St., will open on Feb. 25 during the Heartwood Music Festival. Shows at the Soundstage will be similar to “Austin City Limits”, a TV program that broadcasts live music performances, said Melosh, co-owner of the venue.

The venue features an indoor stage flanked by a green room VIP suite on one side and an audio and video production studio on the other. A live camera feed will be broadcast on monitors throughout, allowing people in the audience to experience the filming as it happens.

Melosh and three other business partners started to talk about creating an intimate recording studio about two years ago. The space where Heartwood now exists used to be a recording studio called Mirror Image Studios. The owner, Bob McPeek, wanted to expand the space that he had into a live music recording venue, said Hoch Shitama, one of the co-owners of Heartwood Soundstage and the owner of the property.

McPeek isn’t the only partner with experience recording bands. Melosh has run a recording studio in Gainesville called Medusa Productions for more than a decade. Last year he produced the first season of “Cypress Sessions”, a television program that showcases Gainesville and Florida bands.

As his career progressed, Melosh realized the impact making videos had on the bands he worked with.

“Filming and recording them live is a great way to elevate them in the eyes of the people who listen to their music, as well as in their own eyes,” Melosh said. “You put the artist in front of a really great microphone and film them with a really great camera, and suddenly they don’t look like a local artist anymore.”

Melosh plans to move operations for Medusa Productions to Heartwood. The current Medusa space is about 600 square feet, but Heartwood Soundstage will be at least three times that size. About 150 removable chairs will be able to fit in the indoor portion of the venue, while the outdoor event space will be able to accommodate several hundred people.

Music fans at home will also get a chance to experience the live recording session, as Melosh plans to live stream Heartwood sessions. Viewers will be able to pay what they can afford, with a minimum of $1 to cover the cost of streaming. The rest of the revenue will go back to the bands, Melosh said. 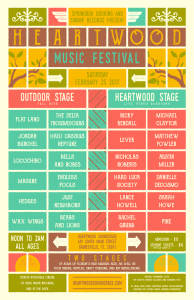 On February 25, visitors to Heartwood Music Festival will get an introduction of the new venue while seeing 24 musical acts perform. The festival will also feature free pancakes, a bounce house, craft vendors and food trucks.

Heartwood Music Festival is part of the inaugural Chimera Fest, a three-day weekend of events that includes Active Streets Gainesville, an alliance to promote active transport and public interaction, and the Menagerie in Motion Kinetic Derby, where people will partake in a race with artistically decorated man-powered vehicles.

She said she’s excited for Heartwood Soundstage to open, especially since The Jam, another Gainesville music venue, closed last year.

“For independent bands, a lot of times it takes them a long time to establish a touring route throughout a region, and in the case of The Jam, it was a staple for a lot of the bands in the southeast,” she said. “When it closed, they literally just stopped coming to Gainesville because they didn’t know of another place to play.”

Nageon de Lestang hopes Heartwood Soundstage will be an extension of the music community that Melosh has already created in Gainesville.

“I think to have something of that caliber in Gainesville will be such a resource, not only to people here, but it will also be a resource to people outside of Gainesville, and it will help to have Gainesville seen as a cultural center in the Southeast,” she said.

Gabrielle is a reporter who can be contacted by calling 352-392-6397 or emailing gcalise@ufl.edu.
Previous Two Veterans. Two Wars.
Next Hot Air Balloon Initiative Helps UF Students Rise Up For Mental Health Issues