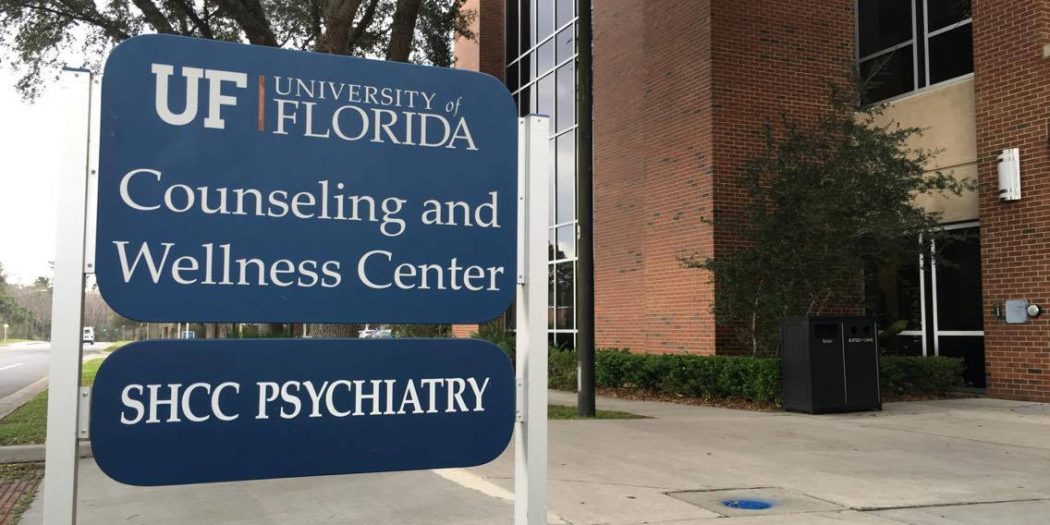 Sarah Lehotay has been expecting a call for nearly a month.

On the first day of classes in late August, she called the University of Florida Counseling and Wellness Center (CWC) to set up an appointment, but they could not take her for a triage session until early October. After her triage, a 20-minute meeting with a counselor to determine the best treatment options, there were not any therapists available until November.

Lehotay sought outside care on her own. When the psychiatrist she ended up seeing did not accept her UF student insurance, she had to pay out of pocket. She went to the CWC two weeks before her scheduled appointment to ask if there was anything available sooner. There was not.

Finally, her November appointment arrived, and she attended three sessions before her therapist left the university.

Now, it has been three or four weeks since Lehotay has heard from the CWC about working with a new counselor, and she has been told that she might have to go back through the triage process as well.

The International Association of Counseling Services recommends that staffing ratios should be within the range of 1,000 to 1,500 students per counselor. Eight of the 12 Florida universities don’t meet these staffing standards.

UF currently operates at about 1,500 students for each counselor, according to Dr. Ernesto Escoto, director of the CWC.

There are currently 36 counseling staff members, 17 interns and advanced practicum students and 13 psychiatry staff members. In order to achieve the recommended staffing ratio of 1 counselor per 1,000 students, the CWC would have to hire 21 more therapists and two support staff members, Escoto said.

In order to fund these new hires, UF is waiting on the state Board of Governors to review their request for $2.2 million in funding for mental health care as part of the 2017-2018 budget request to the Florida Legislature.

UF was denied a request for $760,000 during the last fiscal year, and if they are denied again after a decision is released mid-May, Escoto said they would have to hold off on hiring and go “back to square one.”

“We have talked about collaborating with other universities to submit another budget request,” Escoto said. “We will meet with administration to talk about resources and the limitations of those resources as well to look at other ways to increase our services.”

In the meantime, students seeking mental health counseling will continue to feel the effects of an understaffed center.

Cassidy Schad, a 19-year-old electrical engineering major, first started seeking services from the CWC about a year ago. She said she was struggling when a friend suggested she see a counselor.

“When I was first setting up an appointment with the CWC, it was really difficult,” Schad said. “I had to wait over a month to see someone for a triage appointment. It kept getting pushed back, and it was even worse getting in to see a psychiatrist. They were backed up almost two months.”

A page on the CWC website reads “What to do while you are waiting for an appointment”. On it, there are resources regarding stress symptoms management, group therapy and community provider referrals.

The Community Provider Database is a free service of the CWC that helps students filter through outside providers who accept their insurance policies.

Students can select the area of expertise they are seeking, such as depression or life coaching, input their insurance information and filter providers through type, gender and even distance from a bus stop.

“Typically, we refer to community providers when the needs of the student fall outside of our scope of services,” Escoto said.

The CWC operates on a short-term model, as students will only see a counselor for five to six session on average per academic year, according to Escoto. If they are seeking a longer-term arrangement, or if they are looking for treatment for a chronic mental illness, they may be referred out.

“Also, this is used during busier times of the semester, if a student wants to see a clinician without having to wait two or three weeks,” Escoto said. “Otherwise, they might be on a wait-list for a couple of weeks.”

However, if students want to stay on campus for in-person counseling without waiting for a one-on-one appointment, the CWC currently offers 22 categories of group therapy sessions.

“I don’t mind [attending] either,” Schad said, “but I feel like I’m getting more out of group. I like having people I can connect to who understand.”

Schad said she now attends group sessions with about 10 other participants, and because there are different sessions and times, she has never seen a group be full. However, her one-on-one sessions with her therapist still occasionally get delayed.

Lena is a reporter who can be contacted by calling 727-534-6278 or emailing l.schwallenberg@ufl.edu.
@@l_schwallenberg
Previous Meet New NPR Weekend Edition Sunday Host, Lulu Garcia-Navarro
Next Florida Scientists Develop Device To Allow People In Wheelchairs To Walk