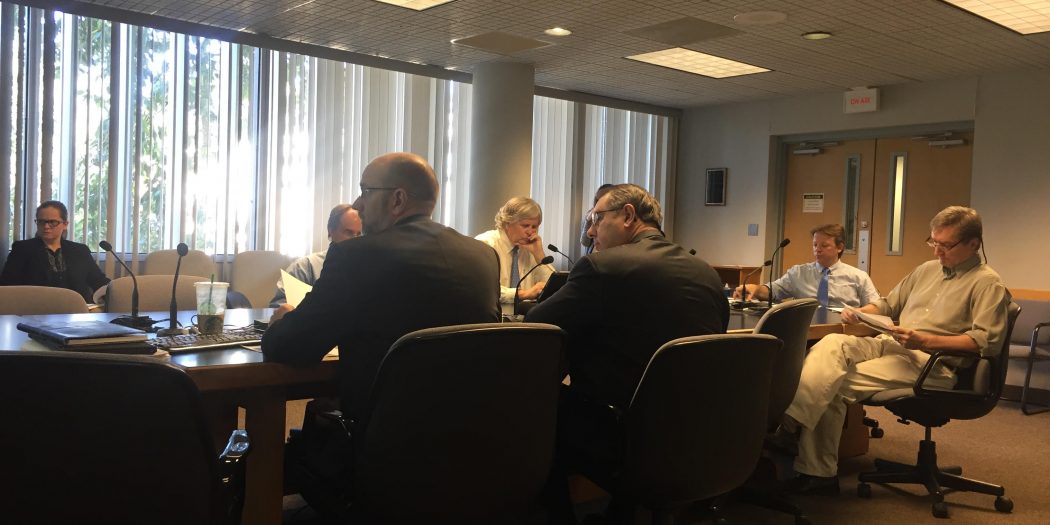 City Of Gainesville And Alachua County Agree To Swap Land

A yearlong dispute ended Thursday morning between Alachua County leaders and the City of Gainesville over the property at the old Regional Transit System facility.

Alachua County leaders and the City of Gainesville decided to swap properties of the old RTS facility, located at 100 SE 10th Ave. near Depot Park, with 200 acres of city-owned land, located at 10404 SW Williston Road.

The RTS center, which originally belonged to the county, was signed to the city in a reverter clause, which gave the city ownership of the county’s property as long as it was in use by RTS. If the facility stopped being used by RTS, the ownership would go back to the county. In 2015, RTS relocated to a multimillion-dollar facility, located at 34 E. 13th Road.

As a result, the county filed a lawsuit against the city based on evidence from Alachua County representatives who reported the facility had been abandoned. The lawsuit was suspended to give the two parties an opportunity to come to a resolution.

Both commission meetings took place Thursday, and both ended in a unanimous agreement to switch land.

“We came up with a great out-of-the-box solution,” said Craig Carter, a city commissioner.

The county will gain ownership of the 200 acres, and the city will become the permanent owner of the old 3.18-acre RTS facility.

“The city elected us to find win-win solutions,” said Ken Cornell, chair of the county commissioner. “These properties have been in limbo, so I am hopeful now that the city can move forward.”

The county said it would recommend putting the 200 acres on the registry for public spaces.

Adding the area to the registry would also add value to the county’s tax base, he said.

Cornell said studies have proven that when land is conserved, the tax base grows for the county and surrounding property owners.

“We’re going to be adding value to” the citizens of Alachua County, he said. “Taxpayers should be happy.”

The land was originally purchased by the city in 1966 as a solid waste disposal site, but it was never used.

Currently, the Gator Bowman Archery Range is in the Wacahoota area. The city will terminate the current agreement with the business, but the county announced that it plans to create a similar agreement.

“I don’t think there’s any intention to change anything,” he said.

The county also plans to look into what’s best for the 200 acres.  This could include an evaluation of the land and potential prescribed burns, Cornell said.

“Through this process, two parties were forced to get together and talk,” Cornell said. “It resulted in a great outcome.”

Monica Humphries is a reporter for WUFT News and can be reached at 407-256-6899 or monicamh@ufl.edu.
@https://twitter.com/MonHumphries
Previous After Florida’s 99K Hit-And-Runs, FHP Wants Responsible Driving
Next Umoja Orchestra & Morningbell to Reunite at The Wooly

Hurricane Irma left a family’s home beyond repair in 2017. The damages caused moisture to accumulate over the years, creating a severe mold problem that has gotten progressively worse. Now, they are calling on Alachua County to reverse an old rule so that they can replace their mold-infested home.