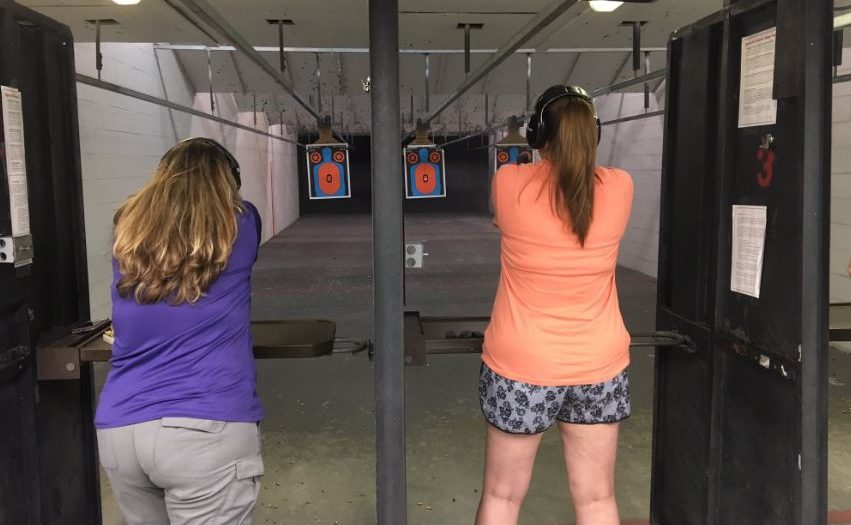 Organization Educates Women On How To Use Firearms

Michelle Pickett wants every woman to be ready, when she needs to be, to safely draw and fire her weapon.

Safety is key at The Well Armed Woman Gainesville/Micanopy Shooting Chapter. Pickett said safety and responsibility are crucial parts of feeling comfortable in a shooting range.

“It’s all about being a responsible gun owner and keeping track of your training,” Pickett said.

The Well Armed Woman is a national organization that aims to educate, equip and empower women. According to its website, the company is meant to be a resource “without fluff or frills” for women gun owners of any age.

“The more we can empower women, the better,” Pickett said. “It’s really important.”

The Gainesville/Micanopy  chapter  is stationed at Harry Beckwith Guns & Range, at 12130 S HWY 41, and has been active for about 4 years.

During meetings the women discuss different topics and go to the range together to shoot. The women are also encouraged to keep a journal recording their progress at the range.

“If you ever end up in court using your firearm for self-defense you need to show proof of how and when you learned that knowledge,” said Pickett. “Having those shooting journals gives you that option in court to be able show your training and show how serious you are.”

The chapter, which currently has 144 members, offers 3 different meeting times each month. Participants are aged anywhere from 18 and up, according to Pickett, and many come from different backgrounds.

Kandi Nelson, a member of the chapter, was attacked and threatened on multiple occasions and said that The Well Armed Woman has helped has her in many different ways.

“Several years ago I was attacked and it had been very stressful trying to associate and get out in public,” Nelson said. “I isolated myself because of the stress, I didn’t know what would happen because I had been threatened more than one time.”

Nelson’s attack made her paranoid and often times afraid to go out in public. Nelson said after joining the chapter, she is no longer afraid to go out and says she isn’t always looking around to see if someone is trying to get her.

Nelson is the mother of a 14-year-old and said that her time with the chapter has also made her feel much safer.

“I feel more confident,” Nelson said. “I know I can protect my son if we go out and he knows that im there.”

Margot Wintemute, another member of the chapter, said she has had trouble with getting comfortable with her gun and the chapter has helped.

“I’ve been working on trying to love my glock,” Wintemute said during the meeting. “I just can’t.”

Wintemute joked as she entered the range, but upon leaving she proudly held up her target sheet to reveal some impressive accuracy.

“I can do better,” Wintemute said with a laugh.

Gaby is a senior at the University of Florida, studying Journalism. She is a reporter at WUFT news and can be reached at 786-270-7423.
@Gabytrod
Previous Body Found, As Search Is Called Off For Missing Plane Near Cedar Key
Next Matheson History Museum To Unveil New Archive Building

The co-responder team is comprised of one law enforcement officer, who ensures safety at the scene, and a mental health clinician, who can immediately intervene with whomever needs attention or counseling.