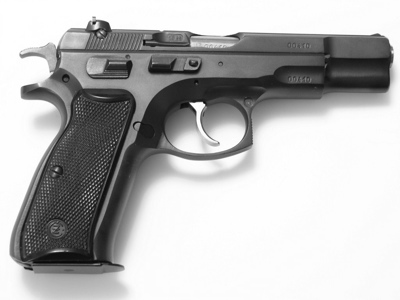 If a proposal to allow guns on campus were to become law, the University of Florida could wind up paying nearly a half million dollars to accommodate it.

Gun Bills Line Up In Legislature

A measure that would reduce the penalty for people who briefly display a firearm in public and make it a non-criminal offense has been filed in the House.

Combee said his proposal would apply to people with concealed-weapons licenses. The proposal would change what is currently a second-degree misdemeanor charge — carrying a fine up to $500 and 60 days in jail — into a $25 noncriminal violation that can be paid to a county clerk of the court.

The proposal also would allow members of the state Cabinet — the attorney general, chief financial officer and agriculture commissioner — to carry concealed weapons when unaccompanied by full-time Florida Department of Law Enforcement security.

As with the majority of other stand-alone gun-related measures by Steube, the proposal has yet to be scheduled to appear before a House or Senate committee.

On Jan. 31 and Feb. 1, Steube filed nine bills tied to gun ownership rights after telling reporters of his plan to separate the broader bill.

“Just from feeling the tea leaves, it’s probably better to attack it piece by piece,” Steube said at the time.

“The sheer breadth of his call to allow citizens to arm themselves in public, including at schools and airports, would extend legal gun carry opportunities to unprecedented levels in the state of Florida,” the coalition — whose members include the League of Women Voters of Florida, the Florida PTA, Equality Florida and Doctors for America — said in a release.

Florida Carry attorney Eric Friday said Monday that the Second Amendment advocacy group supports Steube’s effort, either as a single bill or as a series of proposals.

“Sen. Steube is fighting to restore the right of people to defend themselves,” Friday said in an email.

Among Steube’s other bills is a proposal (SB 610) that could lead to businesses being held liable if they prevent concealed-carry permit holders from bringing firearms onto their property and the permit holders get injured by other people or animals.

Among the more prominent of Steube’s revised efforts is a bill that would allow people with concealed-weapons licenses to openly carry handguns (SB 644) and to carry firearms on college and university campuses (SB 622).

Both proposals stalled in the Senate Judiciary Committee last year, but the former chairman of the committee, Republican Miguel Diaz de la Portilla of Miami, is no longer in the Legislature.

The airport terminal proposal is identical to a measure (HB 6001) filed in November by Rep. Jake Raburn, R-Lithia.

Separately, Sen. Dennis Baxley, R-Ocala, on Monday filed his own measure (SB 908) that would allow the 1.7 million concealed weapons permit-holders in Florida to carry at the state’s 15 seaports. The proposal also would delete provisions in state law that bar carrying concealed weapons at police and sheriff’s stations, jails, courthouses, polling places, colleges, professional sporting events and establishments where alcohol is sold for consumption on site. The measure also would delete a provision that prohibits people from carrying firearms in places prohibited by federal law.

Baxley also filed a pair of measures (SB 912 and SJR 910) on Monday that would ask voters in November 2018 or in an earlier special election to amend the state Constitution to exempt law enforcement officers and “qualified” retired officers from having to wait three days to purchase handguns.

The News Service of Florida is a wire service to which WUFT News subscribes.
Previous Local Law Enforcement Agencies Aim To Lower Rising Injury, Fatality Rates From Crashes
Next Feb. 14, 2017: Morning News In 90