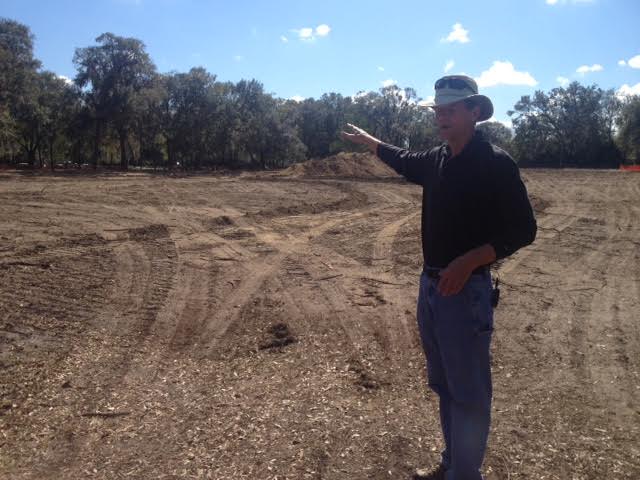 The first cohousing community in Florida is being built in Gainesville.

Gainesville Cohousing is, according to its website, “a neighborhood concept being built in Gainesville, Florida, with the goal of creating a cooperative, sustainable and intergenerational community.”

Cohousing is a community of private homes connected to communal facilities.  The residents plan, manage and own the community, and take turns running its facilities.

In the case of Gainesville Cohousing, which will be built in northwest Gainesville, near Thornebrook Village, the residents are also the investors.

“It’s more of an opportunity for people to work together as neighbors,” Christianson said.

For Razia Ali Hamm, another investor and future resident with a young child, this opportunity is a welcome return to a past way of life.

“It’s how we grew up as children,” she said.  “It’s how our parents and grandparents lived. ‘I’ve got your back, you’ve got my back.’”

Ali Hamm pointed out on a map of the budding community how each of the 24 houses will face common property: a common building, pool or garden.

“What you get is more than what you’d get from a house of the same price, because of all the shared community resources,” Ali Hamm said.

Architect Andrew Kaplan said his vision for Gainesville Cohousing came from an article he read in 1973 about a Swedish intentional community of this kind.

In addition to facing the houses toward each other and the shared amenities, Kaplan designed the community’s pathways to cross, encouraging interaction between neighbors.

“If you want to get to your car,” Kaplan joked, “you’ll leave 10 minutes early.”

Just as important, Kaplan stressed, was his and the investors’ dedication to making Gainesville Cohousing an environmentally friendly development.  The community occupies only 4.75 acres, and 75 percent of the homes will have solar panels.  The trees that were cut down while clearing the property will be used for edible gardens and lining for the houses.

Brooks Nelson, founder of Gainesville Cohousing, said the development will have cost around $5 million once construction is complete.  He said the houses will cost around the median cost for normal homes on the market, but he hopes to make the finished community as accessible as possible.

“It’s wide open to anyone who can afford it,” Nelson said.  “We’ve looked at ways to get more affordable housing.  We hope to have a waiting list.”

Nelson said his earlier experience living in a cohousing community inspired him to start the first such development in Florida, and that his time there influenced the ideas he shared with his co-investors in the Gainesville development.

He said similar to the community in which he previously lived, everything from maintenance to landscaping to the twice-weekly community meals will be run by committees.

“Everyone is signed up to put in an hour of work every week,” Nelson said.

After five years of planning, Gainesville Cohousing finally broke ground at a ceremony on Jan. 3. Many of the future residents and members of city government, including Mayor Lauren Poe, were in attendance.

Nelson said the community should be finished by summer of 2018.

Robert Christianson said he and the other future occupants of Gainesville Cohousing, who have been selling their current homes and property in preparation, can hardly wait.

“We’ll all be here by next summer, enjoying the pool.”

Joseph Pellegrino is a reporter at WUFT News. He can be reached at jpellegrino@ufl.edu
@@josmatpel
Previous City Of Gainesville Prepared To Work With Student Organization To Paint Crosswalks
Next Alachua County Sheriff’s Office Prepares For Potential Terrorist Threats