Korey Gunn, 23, was arrested on a felony outstanding violation of probation warrant by Gainesville police Wednesday night when they pulled over a car he was in, said Ben Tobias, a spokesman for the Gainesville Police Department.

“Investigators learned of his locations yesterday afternoon as part of our investigation and began conducting surveillance on his location and figured out that he was in a vehicle with another person,” he said.

Police were able to match Gunn to the Chevron robbery because of surveillance footage from the gas station, Tobias said.

The robbery of the Chevron at 3328 W. University Ave. happened after 9:20 p.m. on Friday, resulting in a warning sent out by the University of Florida because of the incident’s proximity to the campus.

Police matched a gun in Gunn’s possession to the one from the robbery, Tobias said, and there’s a possibility he was involved in other recent robberies in Gainesville, including the one at the Winn Dixie on Southwest 34th Street on Tuesday.

“We’re not going to rule it out,” Tobias said. “Sometimes people do commit multiple crimes of the same type.”

Cassandra Rosevelt is a reporter for WuftNews and can be reached at 856-25-7056 or caseyerin1994@ufl.edu.
@@CassandraErin94
Previous Term Limits For Top Florida Judges Clears First Hurdle
Next With Officers Leaving, Williston Boosts Police Pay 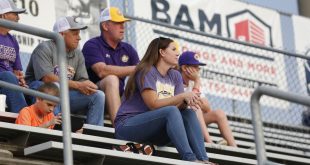 Marion County Kids Are Confiding In Teachers About Abuse At Home

A 35-year-old man from Fort McCoy was arrested for child abuse on Monday.