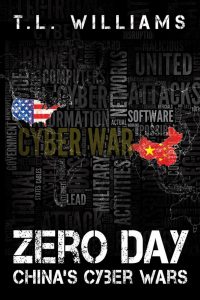 Before retiring from active duty in 2009 to become a novelist in Ponte Vedra Beach, author T.L. Williams spent over 30 years working as an Operations Officer for the CIA, working and living in Asia, Europe, Central Eurasia, Latin America, and the Middle East. What does the threat of a cyber attack mean to our interests here in the U.S. and abroad, how might we protect ourselves from the techniques used by cyber spies, and what does it really mean to be a spy in this day and age and how has it changed over the decades due to technological advances?

Williams says, “…Hollywood deals in sensationalism … although ARGO I think actually comes really close to being very realistic, but a lot of it is sensationalized. You know, I’ve always described being an intelligence officer in the field as being 75 percent pretty normal, 20 percent scary, and five percent just really scary.”

Glenn Richards is Operations Coordinator and local host for Morning Edition on WUFT-FM. His background includes 30+ years of radio in South Florida as an air personality, promotion director, and morning show producer (WSHE, WZTA, & WFLC). His previous education includes a Bachelor of Science in Communication from the University of Miami where he was also general manager of WVUM-FM. Upon his arrival in Gainesville in 2006 to pursue a telecommunication master’s degree at the University of Florida College of Journalism and Communications, he worked as an air personality at WRUF-FM (both Rock104 and Country 103.7 The Gator). One of Glenn’s passions is local music. Since 1990, he has produced and hosted local music programs in both South Florida and Gainesville, playing demos and independent releases from unsigned artists, many of whom went on to national prominence including: Marilyn Manson, Sister Hazel, For Squirrels, Matchbox 20, Saigon Kick, Mary Karlzen, Nil Lara, Hundred Waters, and more.
Previous “You’re My Neighbor”: Local Organization Promotes Inclusiveness With Yard Signs
Next Suspect Gets 30 Years In Florida Mosque Fire

From The Front Lines Podcast: Pregnancy In The Coronavirus Era

From the Front Lines: Hearing From a Child Care Worker 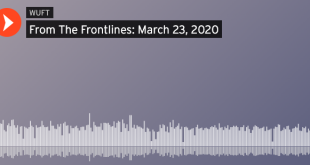 Introducing ‘From the Front Lines,’ WUFT’s Daily Podcast About Coronavirus In Florida

This podcast will serve to provide an update on Florida's response to coronavirus, with a particular focus on north central Florida.