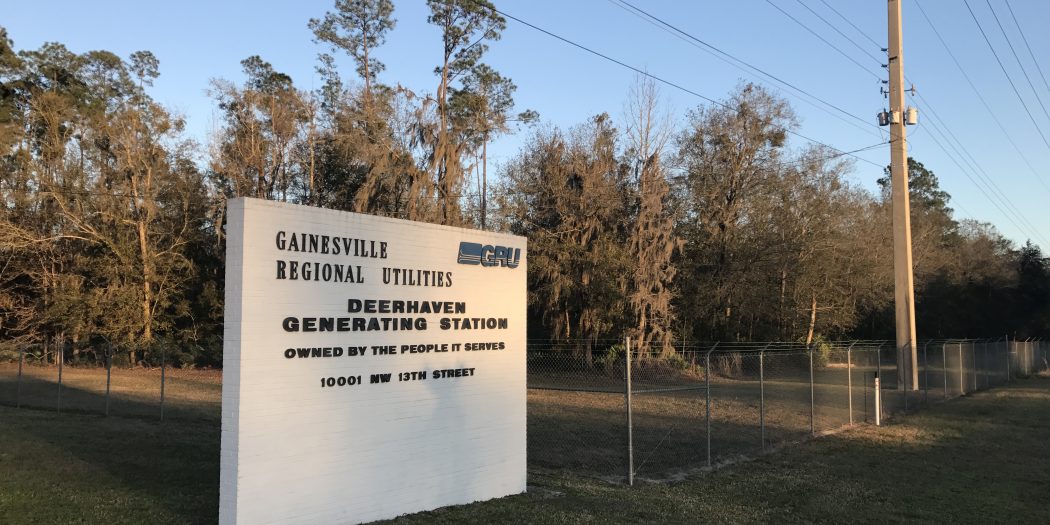 Gainesville Regional Utilities threaten to withhold payment during restart periods from Gainesville Renewable Energy Center, commonly referred to as GREC, according to a letter from the president of GREC.

One current dispute that the companies are engaged in came about in November 2016 when GREC’s president, Jim Gordon, sent a letter responding to the claims that Gainesville Regional Utilities made, stating they will no longer make payments during a 35-hour restart period, which follows a facility-wide shutdown.

The Power Purchase Agreement, a 30-year contract that the two companies signed, states that GREC will have annual shutdowns to ensure the facility continues to run efficiently. If that shutdown lasts more than 20 days, the company has 35 hours to start back up and reach minimum load.

Gordon wrote in a letter to the GRU general manager that the threat of nonpayment is “reckless and unsupportable.”

The 35-hour period was deemed reasonable by both companies and agreed upon in the original contract, according to the letter from Gordon. The PPA states that when GREC is operating at less than 100 percent because GRU required so, GRU is still obligated to pay GREC for the amount of energy that could have been produced, the letter says. It also states that regardless of the amount of energy produced during this start-up period, GRU must still pay GREC as if it were operating fully.

The two companies have been in disagreement about various issues since their contract went live in 2013. Gordon went on to state in his letter that the threat of non-payment would greatly elevate the dispute between the companies.

When contacted, GREC declined to comment on the matter.

GREC is currently able to produce between 70 and 102.5 megawatts of power, depending on what GRU needs.

The long-term contract would ideally provide stability and a reliable source of funding for the plant for the foreseeable future.

However, GRU is now claiming that delivering payments during the 35-hour restart period is unnecessary.

“They can’t instantaneously deliver power,” said Ed Bielarski, general manager of GRU. “At the heart of that is GRU shouldn’t be paying for the power at 102.5 (megawatts) when they’re ramping up. I think that’s incredibly clear cut. It’s an engineering principle.”

The disagreement has resulted in arbitration hearings.

“We would continue, until told otherwise by the arbitrator, to argue that,” Bielarski said.

The city, which owns GRU, remains actively involved in the discussion surrounding GREC and the contract that the two signed.

“It might seem minor but it can add up to millions,” Carter said. “Every time we save millions, we can give it back to our customers.”

GRU’s goals in withholding these payments are to save money and, ultimately, reduce rates for its customers.

“As a business person, I would say we continue to negotiate the contract to make sure the citizens of Gainesville are getting every benefit out of the contract,” Carter said.

Over the remaining 27 years of the contract, GREC will cost GRU customers $2.1 billion, according to Bielarski.

In a meeting with city commissioners Tuesday, Bielarski discussed the possibility of GRU buying the biomass plant.

“I can’t change the contract,” Bielarski said. “I can’t make it go away unilaterally, so one of the best options is to purchase it because that allows us many more options going down the road.”

However, in previous years, GREC turned down an offer made by GRU.

Bielarski believes that the original offer was turned down because of lingering negativity between the two companies after the original deal.

“Part of negotiating is getting yourself into a situation of trust and understanding and really fully vetting the deal in-house,” Bielarski said. “I think that’s what we’ve done.”

GRU, if able to strike a deal with GREC, also plans to modify the plant to allow it to produce as little as 25 megawatts at a given time rather than 70.

The city uses a varying amount of energy throughout the year, and the 70-megawatt minimum can be too much. The idea is that GREC will still be utilized when the city is using less energy.

“It will run more often, more efficiently,” Bielarski said. “Which will also increase the savings.”

City auditor Carlos Holt, who conducted an audit for GRU in the fall of 2015, said: “One benefit is that there would be no contract to deal with.”

However, the idea of purchasing the plant is still in its earliest stages.

“Even if they did negotiate to purchase the plant, those other issues are still going to be decided,” Holt said.

Gainesville Regional Utilities maintains one of the highest rates for electricity in the state of Florida.

“That’s driven by the $70 million or so that we pay to GREC (each year), whether they run or they don’t run,” Bielarski said.

Bielarski believes purchasing the plant will reduce residential rates. He said the goal is to come down to the state average, which in 2016 was 11.30 cents per kilowatt-hour according to U.S. Energy Information Administration.

“I believe that we are in that window of opportunity because of the interest rates that were seeing in the tax exempt market place,” Bielarski said. “It’s important for us to move in an expeditious manner.”

While the proposal to purchase the biomass plant is still in the beginning stages, the results could be substantial savings for GRU customers.

“My motivation is that I see hundreds of millions of dollars of savings based on our understanding of what we could put forth,” Bielarski said. “We’ve opened up a line of communication with the management at GREC, and we’ll continue to explore opportunities.”

Amy Nelson is a reporter for WUFT News. She can be reached at news@wuft.org or 352-392-6397.
@@AmyNelsonUF
Previous Newberry On The Road To Becoming Golf Cart Friendly
Next February: Teen Dating Violence Awareness Month