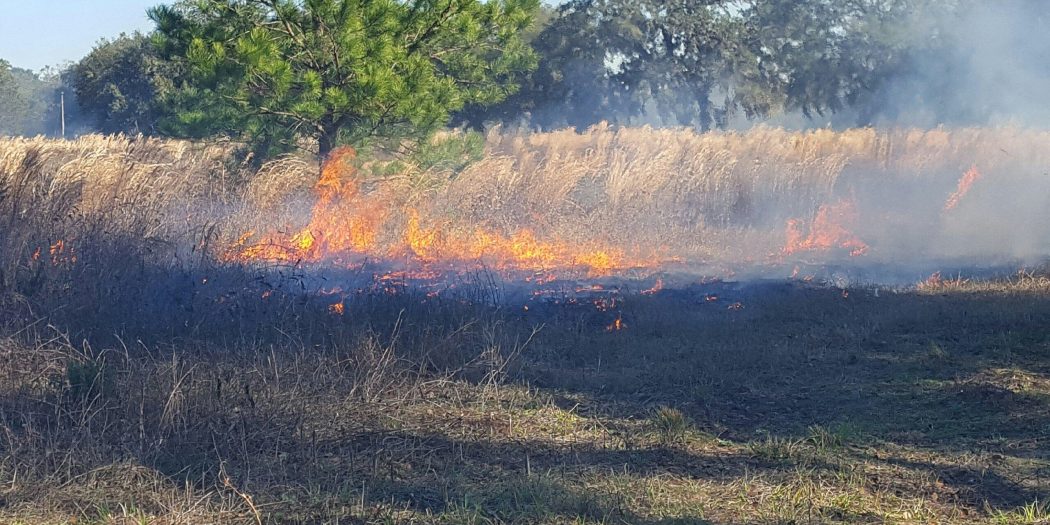 Officials from the Florida Forest Service anticipate more prescribed burning in local forests during the approaching winter months before the weather gets warmer.

Prescribed fires are a safe way to recreate natural forest fires, according to the Florida Department of Agriculture and Consumption Services. Prescribed fires are versatile, cost-effective tools that provide soil nutrients, improve wildlife’s ability to forage and limit some plant and tree diseases.

By setting fires in controlled settings, forest officials can reduce the risk of wildfires.

Florida’s ecosystems are fire dependent, which is why they burn every piece of land on a three-year rotation, said Denise Rains, public affairs officer to the three national forests in Florida.

“In Florida, it is very essential that we burn the forest as much as possible,” Rains said.

However, the United States Department of Agriculture did not meet its prescribed burn goal for Ocala National Forest in 2016. The plan was to burn 35,000 to 45,000 acres of land, but only 25,811 acres were burned.

“We have had some problems burning in the last couple of months due to the ongoing drought, and the conditions have to be right for us to be able to do a prescribed burn,” Rains said.

The winter months are the best time to burn, said Ludie Bond, a wildfire mitigation specialist of the Waccasassa Forestry Center. When spring comes, trees start “greening up,” which means they’re sucking moisture from the ground and creating dryer conditions, she said.

Residents are urged to take caution against wildfires during dry season.

The only effect prescribed burns may have on residents is smoke blowing onto the highway. On a foggy day, this combination could be dangerous, Bond said. Smoke from prescribed burns usually rises, but during winter the smoke can lay low to the ground and cause poor visibility on roadways.

Drought isn’t the only reason prescribed burns can’t be carried out, said John Saddler, a prescribed fire manager for the Florida Forest Service. Too much rain, fog or wind could also restrict the authorization of a burn, he said.

But as for the coming spring season, Saddler said drought will likely be the biggest obstacle in reducing wildfire risk in Florida.

Once the weather warms up, forest officials will likely be focusing more on putting out wildfires rather than starting prescribed burns, Bond said.

“Our commissioner [Adam H. Putnam] is urging residents in Florida to continue to support the effort of prescribed burning,” Bond said. “The benefits far outweigh the minimal inconveniences that are created by prescribed burning.”

Savanna Kearney is a reporter for WUFT News. She can be reached on Twitter @savannakearney.
Previous UF Researchers Bring Back The Flavor Of Tomatoes
Next Newberry On The Road To Becoming Golf Cart Friendly

Zero waste is defined for people as living in a way that produces little to no waste.