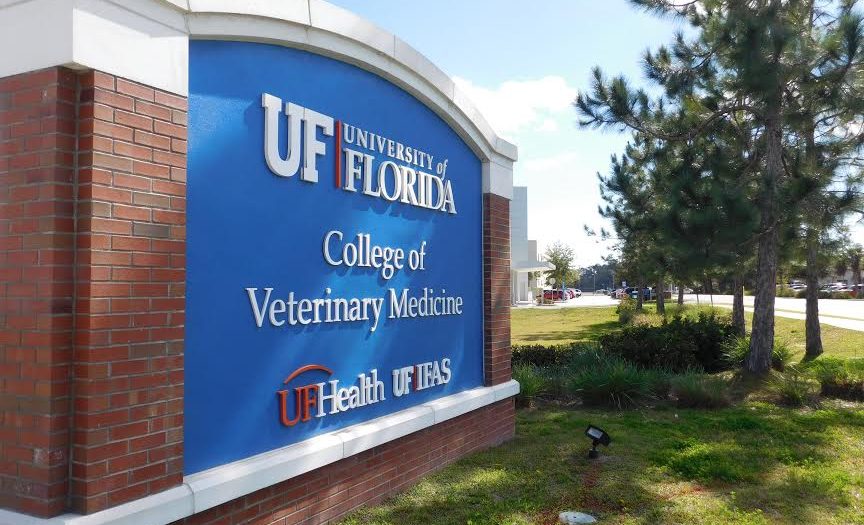 The University of Florida College of Veterinary Medicine hosts labs where research project are held. “UF’s research will provide a foundation on which effective treatments can be developed for both animals and humans,” Sikes said.

Stop Animal Exploitation Now, an animal rights group based in Ohio, filed a complaint with the U.S. Department of Agriculture against the University of Florida for possible animal abuse.

The complaint, filed on Jan. 24, 2016 involved a research study from 2014 that included removing the cerebrums – part of the brain responsible for higher thinking – of seven cats. A member of the study self-reported a breach of Institutional Animal Care and Use Committee protocol in September, according to the incident report.

IACUC, a government organization that oversees the humane treatment of laboratory animals, is responsible for reviewing and approving laboratory protocol in research experiments.

IACUC protocol was changed in 2008 and no longer included the decerebration procedure that was conducted on the seven cats, according to the incident report. The procedure was added back to the protocol on Sep. 20, after the oversight was brought to the committee’s attention.

The research project was meant to explore the ways that human and animal airways are protected from aspiration of foods and liquids, a potentially deadly situation.

The principle investigator and other researchers involved in the project either could not be reached or declined to comment on the complaints against UF.

“UF researchers seek to understand how the airways of animals and humans are protected from aspiration by nervous system reflexes such as cough and swallowing,” UF spokesperson Janine Sikes said in an email. “Aspiration of food or liquid cause pneumonias, which can occur in as many as 55 percent of patients in long term care facilities. These pneumonias can be life threatening.”

Michael Budkie, co-founder of SAEN, stated in his complaint that the research being done was only relevant in humans, which have a hybrid motor pattern that is different from animals, according to a medical journal article on the study.

“The researchers who are performing this procedure know that the area, or the physiological process that they’re looking at is uniquely human in that it says in one of their publications that sequential coughing in the human represents a hyper motor pattern that differs from animals,” said Budkie. “In other words, they know that the experimental procedures they are performing are not scientifically relevant to humans.”

The long-term goal of this research would be to develop effective treatment to prevent aspiration in both animals and humans because so little is known about the mechanisms for preventing it, Sikes said.

Budkie’s concerns, as listed in his complaint, were of the procedure’s relations between felines and humans, as well as the unclear documentation of whether or not the felines were under anesthesia from the time of the procedure until they were euthanized.

According to Sikes, the felines were under anesthesia during the entirety of the procedure.

Previously the UF has been under investigation by the USDA. According to the department’s inspection reports, university facilities were inspected again in 2014 for unfit indoor housing facilities.

“We did receive a recent complaint from SAEN regarding the University of Florida and we are currently looking into it. There is no open investigation at this time, however, we will open one if we deem necessary,” Public Affairs Specialist for the USDA Tanya Espinosa said.

The USDA could fine the UF as much as $10,000 per infraction, per animal, Budkie said. The complaint could amount to a significant fine.

“I think that the general public should be concerned about this issue, even if they don’t care about animals, because this is a federally funded research program, which potentially uses over the course of several years, several million dollars,” he said.

Cassandra Rosevelt is a reporter for WuftNews and can be reached at 856-25-7056 or caseyerin1994@ufl.edu.
@@CassandraErin94
Previous Proposed Florida Senate Bill Seeks To Curb Juvenile Arrests, Replace With Citations
Next Senate Looks To “Block” Tuition For Universities