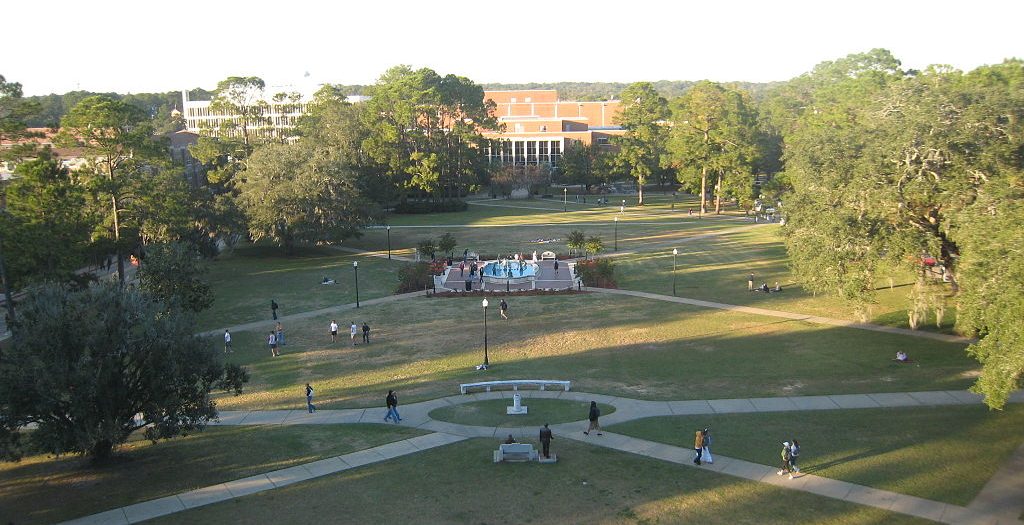 With the possibility of significant budget cuts and an overhaul of the higher-education system by the Legislature, Florida’s 12 state universities are facing a challenging year.

In his “state of the university system” address Thursday, Tom Kuntz, chairman of the system’s Board of Governors outlined the progress schools have made. He said the system will continue to focus on aligning degrees with high-skill jobs and keeping costs affordable while seeking funding to boost research and hire top-level faculty.

“I am really excited about what we have accomplished and where we are headed,” Kuntz told the board, which was meeting at Florida Polytechnic University in Lakeland.

Funding may be the biggest unknown for the system as the Legislature begins its annual session in March.

On Wednesday, university system Chancellor Marshall Criser appeared before the House Higher Education Appropriations Subcommittee to talk about what kind of impact a 10 percent funding cut would have on the system.

House leaders, who have warned that lawmakers could face a budget shortfall, have requested that agencies throughout state government present possible cuts.

In the university system, a 10 percent cut would represent a $274 million loss, ranging from a $58 million cut at the University of Florida to a $1.6 million reduction at New College of Florida. It would also reduce performance funding for all the schools and pre-eminence funding for the highest-ranked universities by $53 million.

Senate leaders want to increase higher-education funding while at the same time revamping the system. Their proposal would expand funding for Bright Futures and other scholarships, but also raise performance standards for the schools.

One provision aimed at getting more students to graduate on time would require the universities to create a “block” tuition program, in which students would pay a fixed amount per semester regardless of how many classes they take.

Kuntz said a major emphasis for the Board of Governors is increasing research activity at the schools.

“To be a premier system, our faculty must engage in meaningful research that leads to solving real-world challenges on a much larger scale than we are currently doing,” he said.

Kuntz said the board is seeking “significant” state funding to help that effort, including a $40 million proposal that would let universities make “cluster” hires, bringing in groups of top-level professors and researchers.

Kuntz said the top priority for the board remains aligning university degrees with high-skill job opportunities. It’s a theme that Gov. Rick Scott will emphasize next week at a two-day “jobs” summit in Orlando.

“Students should be graduating with degrees that provide them with skills to engage in meaningful and productive work,” Kuntz said.

He said Florida’s performance-funding system, which financially rewards schools that increase degrees in economically strategic areas, has helped boost the number of those graduates.

Over the last five years, the system has increased undergraduate degrees in science, technology, engineering and math by 30 percent and graduate STEM degrees by 17 percent, according to the board’s annual accountability report.

“Performance funding works because it changes behavior at the institutional level,” Kuntz said.

Another emphasis is affordability, with the board working on ways to improve the system where students attend lower-cost state colleges for two years but finish their degrees at more-costly state universities.

One conundrum higher-education officials are trying to unravel is why about a third of the students who earn associate degrees at state colleges never go on to obtain bachelor degrees at the university level.

A Board of Governors committee is working on a number of proposals aimed at improving that transition, including streamlining the university application process and helping students make the “cultural” shift from a state college to a university campus.

Another funding issue in the 2017 Legislature will be the Board of Governors’ two-year, $28 million plan to improve public safety and mental-health services on campuses.

If approved by lawmakers, universities would get $7 million each year to hire more police officers and $7 million to hire more mental-health counselors over the next two years.

Kuntz, who is in his second year as chairman of the board, also provided a little historical perspective on the evolution of the Board of Governors since its inception in 2003.

“We have come a long way from being viewed as a university system without a plan to one that other systems across the country seek to emulate,” Kuntz said.

Some the board’s management features include the use of accountability reports and strategic plans, performance funding and data collection that helps academic leaders and state officials analyze the dynamics of the system.

“We should be proud of what we have accomplished but we have much work to do,” Kuntz said.

The News Service of Florida is a wire service to which WUFT News subscribes.
Previous Man Wearing Swastika Explains Why He Came To Turlington Plaza
Next Jan. 27, 2017: Morning News in 90