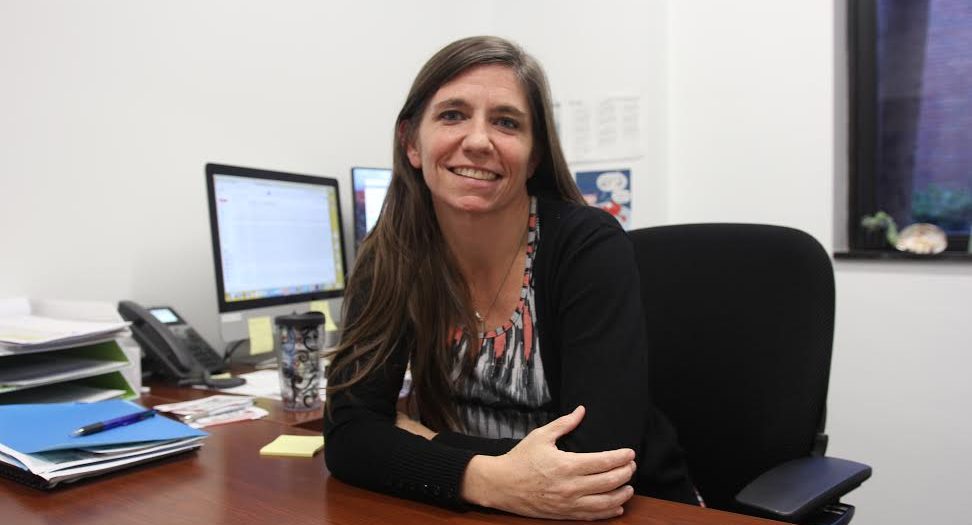 About 400 Gainesville women attended the Women’s March on Washington last Saturday, with over 1,000 others protesting in Gainesville .

But some local women aren’t finished speaking for their rights yet.

National Women’s Liberation, a grassroots feminist organization with chapters in Gainesville and New York City, is hosting the fourth annual Roe v. Wade benefit show at The Wooly located on North Main Street in downtown Gainesville on  Saturday night to commemorate the 44th anniversary of the Roe v. Wade decision.

Emma Brady, a member of the NWL steering committee, sat down with WUFT to discuss the upcoming event. Brady is an instructional designer at UF Online and also plays guitar and sings in an all-girl band called “The Ones To Blame,” which will be performing at the benefit show.

Gabrielle Calise: This is the fourth year that the event is being held. Can you tell me a little about how it started and how it has evolved over the years?

Emma Brady: Sure. It started off as a way to raise awareness and to commemorate the Roe v. Wade decision — this is the 44th anniversary of Roe v. Wade. It’s also a way to raise funds for NWL, which is a nonprofit that isn’t funded by corporations or any private interests, so all of the work that is done is completely voluntary and completely out of our own pockets. So it’s our one big event for the year for raising money.

GC: Can you tell me about what the event is going to entail? I know that bands, including yours, are going to be performing, but I also saw online that there is going to be a fortune teller?

EB: There is. So it will start at 7 (p.m.). We wanted to start on the early side so that people with kids or that people who have earlier bedtimes could come and enjoy some fun. We’ll start bands at 8 but we’re hoping our radical marching band will show up out front, the Radical Ruckus…All the bands are local bands, they’re bands that I’ve been playing with for years. They’re all, if not all-female, female-fronted. In one case, Endless Pools, their drummer is female…There’s also a feminist photo booth with feminist props…there is a fortune teller with 15-minute tarot card readings, and there will be a raffle that we’ll call a few times a night…There’s local businesses that have donated, restaurants, massage therapists, and all sorts of different art and cool stuff that’s being raffled off. There’s also a guerilla theater called “Women Are The Experts”, and that is a nine-person skit that reenacts an abortion hearing from 1969 that happened in New York City that was held by 12 men and one nun to decide what the abortion legislation should be. Women from the audience in the hearing interrupted and spoke their truth to power as sort of the beginning of the reproductive justice movement. That happened last year and it was really moving.

GC: I wanted to talk about the things that National Women’s Liberation has been doing. I saw recently that NWL put on a sister march for the Women’s March [on Washington] here in Gainesville?

EB: Yeah, it was a picket here in Gainesville in front of Hobby Lobby. I wasn’t here, I was actually (marching) in D.C. And so my sisters in this work took up the leadership at the picket. The count there turned out to be around 1,500, which was really cool since there were over 400 feminists from Gainesville in D.C. already. So having 1,500 people left over here to stand up together was really impressive and really motivating.

GC: About how many women would you say are involved in this organization?

EB: (The meeting) after the Trump election, our normal meetings, which would have maybe 25 people at it, 30 people at it, that one had around 200 at it. And so it just kind of blew up, just like the buses to D.C. blew up. The person who organized it, Kristin Birdsey, who is a member of NWL, started with one bus. And after not just her group, but other buses joined, there were seven buses that went to D.C….We’re having a hard time keeping up with the data processing.

GC: What kind of response did you get, both from people that participated in the picket and people that were just kind of passing by and saw it?

EB: I just got the report back and there were a lot of people that, as far as I know because of course I wasn’t there, that were really positive. We have people that we hadn’t met before or seen before that came out — people that brought their own signs and were able to stand together. But as part of a concern, we know there already is a backlash toward women and the power that women have together … our D.C. bus was met with someone standing giving the ‘Heil Hitler’ sign upon its return to Gainesville.

GC: Here in Gainesville this happened?

EB: Here in Gainesville this happened. We have a picture of that. We also know today on campus and around town there’s been one man spotted wearing a swastika and walking around. And so as we all rise up and tides change, we know that we’ll be facing a more clear and present danger. And so while it’s really motivating and strengthening to see so many people come together, I think it’s really important to note that the protection of the rights that we have and the expansion of the rights that we have will have to be a mass movement to be effective. And that mass movements are not homogenous and neither are women.

GC: One of the biggest concerns that I’ve seen on social media and online about the Women’s March and other feminist movements is that it’s not entirely inclusive to women of color in the community. Is there anything that your organization is doing to make its events inclusive?

EB: Yes, and that’s one of our largest tenants as long as what we focus on — not only the participation but the leadership of women in color. It’s critical to the success of the women’s liberation movement. We have, as an active part of NWL, the Women of Color Caucus, which is a think tank composed of women of color. Those are active leaders within NWL that are organizers and meet separately, because we believe that women of color should have the opportunity to meet separately from white women to better understand how white supremacy intersects with other forms of oppression. White male supremacism, capitalism, labor issues, all of those issues are steeped in racism and then manifested in sexism. So as far as the women’s movement goes, you can’t have the women’s movement without racial justice and one of the big NWL points of belief is that as women, we all have common interests. But unless we all have the same opportunities and are equal, we will always be divided and we’ll never have that kind of equality we’re looking for. And in relation to Roe v. Wade, which is the event we’re celebrating this weekend, abortion is part of this issue, but really in a larger encompassing way we’re talking about reproductive justice. We’re talking about the opportunity and ability to have a child or not have a child, to have that child as your own choice. And not only to have that child, but to raise that child. So pro-person in the sense that there’s childcare and paid family leave, that there is a $15 minimum wage so that there is a proper societal pathway to reproductive justice.

GC: What are some other misconceptions that people might have about the feminist movement and your organization?

EB: I think that one of the biggest ones that I encounter, especially from people who are concerned with equality, is that it’s anti-men, and that’s not at all what it is. We just believe that change comes from the action of everyday people and that we are not experiencing equality in bodily autonomy, safety, job security or financial freedom. And our biggest misconception I think with movements like this where I hear a lot of people say “marching and meetings, how does that change anything?” is I don’t think people realize that men didn’t ever become less sexist and just decide to give us the vote or just decide to legalize birth control or just decide to legalize abortion because of our own individual abilities to reason with them or because they love us so much. Those freedoms were restored because we demanded it. So the idea is not to ask for our rights to be given to us as if they are gifts, but to ask legislators to get out of the way so that we can exercise them as our inalienable rights.

GB: What are you most excited for people to see or hear as they come to this event?

EB: I think I’m most excited for them to see each other. I’d like for people to see all of us come together, not only to fight but to celebrate. And there is something to be said – and we saw it on Saturday (at the Women’s March) for creating a mob of people. That says something. I think that one of the most powerful tools of dissent is the angry mob. But I think that can also flip over to the joyful mob — that can also be as powerful.

Gabrielle is a reporter who can be contacted by calling 352-392-6397 or emailing gcalise@ufl.edu.
Previous Census Volunteers Survey Homeless In Alachua County
Next Man Wearing Swastika Explains Why He Came To Turlington Plaza

How Florida Agriculture Has Been Affected By COVID-19