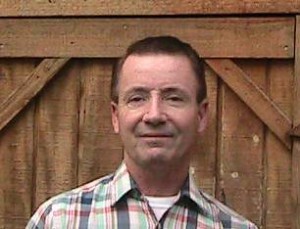 A little more than year after being arrested a charge of grand theft auto, former Gainesville mayoral candidate Donald Shepherd was ordered in court Tuesday to pay $671 in court fees, records show.

Shepherd pleaded no contest to the charge Tuesday and was not convicted for felony. A restitution hearing is scheduled for March 14.

Gainesville police arrested Shepherd last January after Christina Avalos-Arteaga reported that her grandmother’s 1991 Ford F-150 was missing. Shepherd was a longtime friend of her grandmother, Frances Crethers, who died in 2015.

Ownership of the truck was given to Avalos-Arteaga after Crethers’ passing, according to the police report from the original arrest.

Shepherd’s defense attorney, John Broling, could not be immediately reached for comment Thursday.

Shepherd was arrested in January 2016 while running for Gainesville mayor. In the elections that March, he received 1,002 votes, putting him in third behind now former Mayor Ed Braddy and the winner, current mayor Lauren Poe.

Ryan Serpico is a reporter for WUFT. He's a University of Florida journalism student looking to see how technology is affecting our lives and society as a whole through reporting.
@zuckerco
Previous Fla. Gov. Scott Wants $618M In Tax Cuts
Next Matheson Reemerges As Future Home of ‘Old Joe’ Confederate Statue