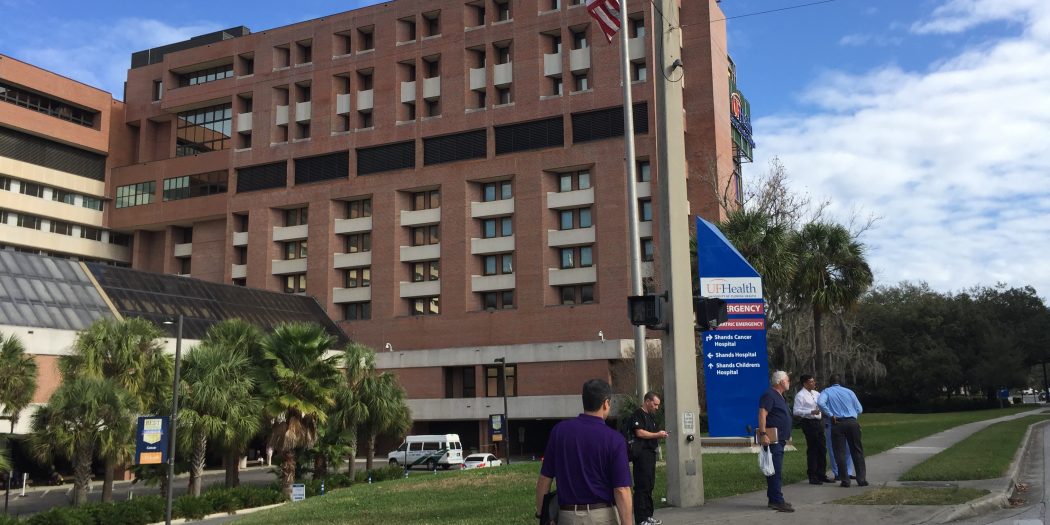 Repealing the Affordable Care Act could leave 181,000 Floridians without jobs by 2019, thousands of which originate from the health care sector.

The effects of the repeal start in health care, as hospitals are forced to cut money to employees, and trickle down to other sectors like construction and real estate, according to a recent report from the Milken Institute School of Public Health at George Washington University and The Commonwealth Fund.

Despite the report’s predictions, which come in light of President Donald Trump and Congress pledging to repeal key parts of the Affordable Care Act, North Central Florida hospitals are not worried about the impact of its repeal.

“We take care of the uninsured,” said Jimenez, “so the fact that there is no Medicaid expansion means that we still do it.”

Jimenez recalled a 12-month period where the hospital only had 100 patients out of 50,000 who were in an exchange plan.

“I can’t say that it’s zero impact, but percentage wise, it’s a small impact,” he said.

Likewise, Jorge Perez, the current owner of Regional General Hospital, Williston, said he is not worried about the effects the dismantling of former President Barack Obama’s signature health care law would have on the hospital’s operations.

“We’re already in a problem and we’re navigating that today,” Perez said. “I just can’t see it get any worse than it was already is.”

Williston’s only hospital was on the brink of shutting down a few months ago, when Perez, director of LifeBrite Hospital Group, a for-profit hospital management organization, took it over.

Since the change in management, the hospital has expanded to include new technology and lab equipment across all departments to meet the needs of its community, Perez said.

“We do have somewhat of a high population of non-insured,” said Perez, “and we’ve been able to manage that by giving them services through our clinic.”

Despite Florida not being a Medicaid expansion state, Leighton Ku, director of GWU’s Center for Health Policy Research and the report’s lead author, said that when key parts of the law get canceled, it ends up affecting Florida as well.

“Even though Florida is not getting one dime of federal support for Medicaid expansion because it hasn’t been willing to expand Medicaid,” Ku said, “Florida, nonetheless, loses jobs, loses money, when other states cut their Medicaid expansions.”

Ku further explains that if incomes are cut for people living in Medicaid states like California, New York and Kentucky, they will in turn not invest in Florida businesses, like pharmaceuticals, oranges and Walt Disney World.

In addition to feeling the repercussions of other states, Florida’s large size and traditionally poor health insurance coverage contribute to its position as the state with the second-highest job loss expectancy, Ku said.

California will have the highest job loss at 334,000, according to the report.

In 2013, when Florida was deliberating whether or not to expand Medicaid, Alan Hodges, director of Economic Impact Analysis Program at the University of Florida, co-authored a study that forecasted an increase of about 121,000 permanent jobs in the state.

“The rollback of the ACA is something quite different,” Hodges wrote in an email. “I don’t believe anybody really has a handle yet on how this will play out.”

In regards to future operations and employment at UF Health Shands Health, Jimenez said there is no anticipation of letting anybody go.

“I would expect minimal impact,” he said.

With the hospital’s current situation, Regional General Hospital, Williston, is also not expecting to dismiss any employees in the near future.

“The hospital already runs very lean,” Perez said. “I just cannot imagine running it with any less employees than we have.”

With the Republican Party now in full control of Washington, the push toward creating “a health care that is far less expensive and far better” moves forward.

“Let’s be honest, in many cases, the reason they want to repeal ‘Obamacare’ is that it does have some problems,” Ku said. “It would be nice to see that they come up with plans that are responsible and meeting the needs of Americans.”

Janine Wolf is a reporter with WUFT News. She can be contacted by calling 407-928-6317 or emailing janinewolfj9@gmail.com.
@@janinewolfj9
Previous Fire Consumes Smiley’s Antique Mall in Micanopy
Next Jan. 23, 2017: Morning News in 90