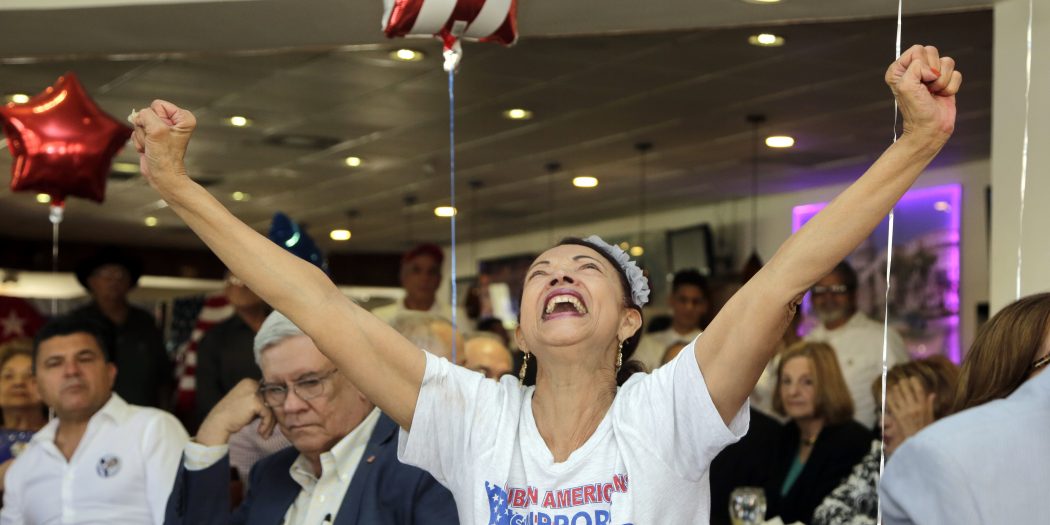 Julia del Rio cheers as she watches a televised broadcast of the presidential inauguration of Donald Trump, Friday, Jan. 20, 2017, during a watch party organized by Hispanas for Trump, in Miami. (AP Photo/Lynne Sladky)

Daniel Smithson is a reporter for WUFT News and can be contacted by calling 850-516-6659 or emailing danielsmithson@ufl.edu.
@DanielTSmithson
Previous Hawthorne City Makes Progress In Search For Better Internet
Next 2-Hour Handicap Parking At Courthouse Draws Frustration