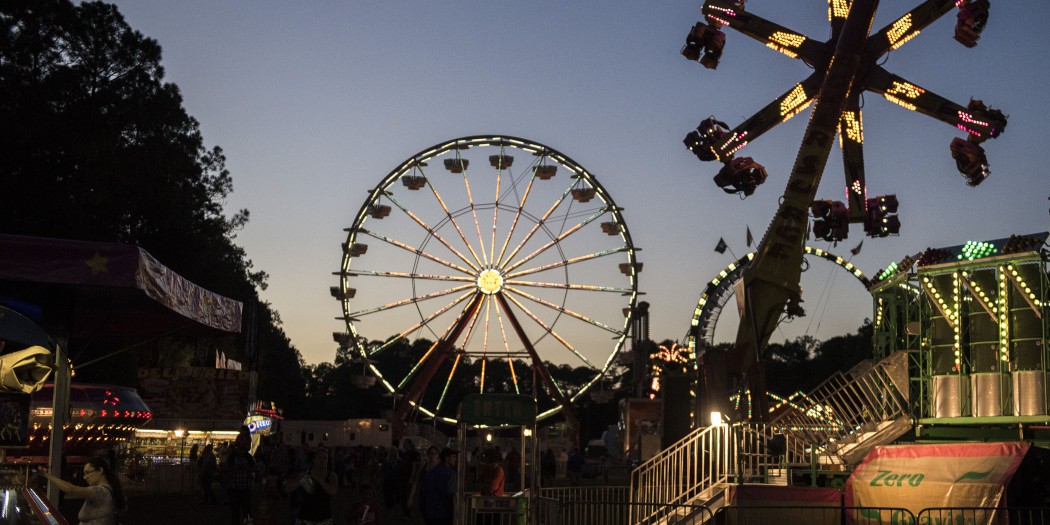 On Jan. 30, the county plans to request $7 million from the state to match its contribution of $18 million for the total project cost of $25 million, according to Gina Peebles, Alachua County Assistant County Manager for Community and Administrative Services.

The county generated 70 percent of the project’s cost through a tourist development tax of 5 percent that it placed on money spent on short-term living quarter rentals, such as hotel stays. Peebles said if the state does not contribute the remaining 30 percent, the county will look for local partners who are interested in naming opportunities.

According to Peebles, construction will take 18 months. While the project does not have a set date to break ground, Peebles is hopeful that community interest in the project will allow it to happen soon.

“I would love for that to happen this year,” she said.

The relocation project also puts a spotlight on the future of the current fairgrounds location and how the land’s development will affect East Gainesville.

Alachua County plans on swapping the existing fairgrounds property for the new property, a deal arranged with Weyerhaeuser. The project will be built on land between NE 63rd Ave. and NE 69th Ave., north of the current fairgrounds off of NE 39th Ave.

According to Edgar Campa-Palafox, economic development coordinator for Alachua County, Weyerhaeuser will have the title to the land and will determine how it is developed. The property’s zoning falls under the category of business industrial, allowing for a variety of commercial and industrial development opportunities.

Peebles and Campa-Palafox also see the potential for economic growth related to the new location as well. The county chose to build the new fairgrounds in East Gainesville with hopes of attracting investors and business owners to the area.

“Whenever you have an active vibrant facility that is attracting people, entrepreneurs will see that as an opportunity,” Peebles said.

Campa-Palafox said the new facilities will draw more visitors to town and benefit businesses in areas outside of East Gainesville as well.

“If you think about it, this location is not that far from downtown,” Campa-Palafox said. “It’s a great opportunity for a ripple effect of development around it and also some support to our downtown businesses.”

Lori Wiggins, Hawthorne resident and active community member, said she supports the efforts to develop East Gainesville. Wiggins actively opposed the Plum Creek plan, an experience she said has left her wary of Weyerhaeuser, which bought Plum Creek in 2016.

“I don’t particularly trust them or care for them that much, but I think that’s at least a step in the right direction, and I think that most people would at least be happy with that,” Wiggins said.

Despite her uncertainty of Weyerhaeuser, she said developing East Gainesville instead more rural areas like those around Hawthorne will ultimately be better for the community and more in line with its interests.

“I feel like this is the way it should happen. It’s going to benefit the poor sides of town,” Wiggins said. “They need some development on that side of town, and I think they’re going to appreciate that. I would like for them to stay in the city and not sprawl out into the countryside.”

Peebles said that 30 years of discussion and planning have culminated to the plans set forth, and she looks forward to the positive effect they will have on the community.

“We’re really excited about the momentum now to really start breaking ground and seeing things develop, going from a piece of paper to an actual facility that our citizens can use for generations,” Peebles said.

Anne Marie Tamburro is a reporter for WUFT News and can be reached at 850-324-4389 or amtamburro@ufl.edu.
@amtamburro
Previous Gainesville Initiative To Transform Midtown
Next UF Multicultural Affairs Group Vows To Hold Elected Officials Accountable Following Inauguration