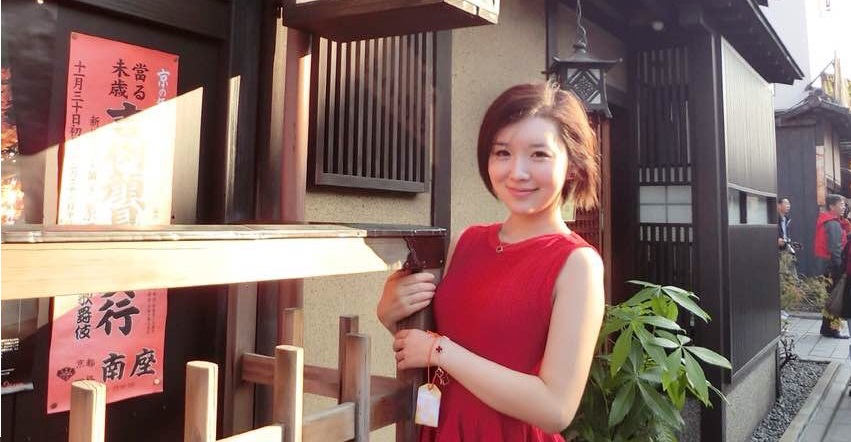 Q & A With Film And Television Director Tianyi Qin

Tianyi Qin works for the China Central Television (CCTV), the predominant state television broadcaster in China. She graduated from Annenberg School of Communication at the University of Southern California, and decided to return to China to pursue nature documentary filming. She works for “Central Ten,” a scientific and geographic channel, on a program called Geography of China. She has produced more than 200 episodes.

Qin was interviewed by Xudan Lin, a journalist from China who is working on her master’s degree in communications at the University of Florida College of Journalism and Communications.

XL: What is a typical workday for you?

TQ: The work of director is general and heavy. I concentrate on everything of the program: Choosing topics, connecting with experts, local resource and traveling departments of government, leading a team to film all over the country, selecting materials, cutting the movie roughly, then cutting in details, which including maps, cartoons and subtitles. All of these are my responsibilities.

XL: Where have you traveled?

TQ: Mostly I concentrate on northern and middle of China, such as Wuhan, Hebei, and Tibet. Heading to these places enables me to know how beautiful China is. I knew little about Chinese natural things before I began my work three years ago. However, when I started my job, the true beauty of China was revealed to me. Also, I have seen many unbelievable natural phenomena. These experiences were so unforgettable that they’ve made me addicted to film natural documentary.

XL: You have been to many of China’s beautiful places that the outside world doesn’t hear as much about. What are a few natural places in China you wish everyone could see?

TQ: I know many people from the outside world hear about Chinese pollution, but pollution is just part of China. Chinese natural scenes are multiple and diverse. My favorite natural places are the Danxia Landforms. A Danxia Landform is a place with a red bed characterized by steep cliffs. Their forming process was magical. When I stood around such hills, I saw many colors, including red, blue, and green, emerged into a gorgeous picture. The other place I wish everyone could see is Jiuzhaigou Valley. I didn’t film there but I have traveled there three times with my friends and family. I am fascinated with the blue, green and turquoise-colored lakes. All of the lakes have different colors and aspects according to their depths and surroundings. These two places are unique all over the world and I like to show other people from other countries the uniqueness of Chinese nature.

XL: What are some of the strangest natural phenomenon you’ve filmed?

TQ: Once our filming topic was an exploration of a kind of sea animals, the mutative sea cucumber. Villagers told us that these animals are white and have three “eyes”. However, when I led my team to that place, we found that all the animals there were “dead.” Our filming plan had to change. We took their bodies to assay. Finally, we knew that they were (in their dormant period). They are active only in particular temperature and wet conditions.

XL: It sounds you have to adapt to face changing circumstances.

TQ: Yes, but it is not the whole story. Directors need many characteristics, but I think that most importantly, I am passionate. This job is very hard. Most of time, we must gather and have a meeting together at 4 o’clock in the morning. When the sky is still dark, we start off to THE filming place. Extreme weather happens frequently. Once we planned to stay in a place to film seven days, but it kept on raining seven days. However, when the filming condition is harder, the satisfaction after I finish that episode is bigger. You mentioned changing circumstance. You are right. We designed many filming scenes that were cancelled due to bad weather. I would redesign our plan, awaiting the reappearance of natural phenomenon.

XL: What is the state of nature documentary work in China?

TQ: I work on a TV program which is stipulated that it broadcast once per day. Government and television center are not very willing to appropriate us. Therefore, our production cannot be of best quality. On the other hand, private businesspeople or companies normally will not invest in natural documentaries because they gain more from commercial films. Moreover, the broadcasting platform for natural documentary is limited. Cinema will not broadcast such films. So on this level, for television stations, only if the country and government decide to support us, our natural documentary could be produced with great quality.

XL: What can we do for the development of the natural documentary? It is a pity that more of China’s natural beauty cannot be shown to the public.

TQ: I think we should keep a positive attitude. the industry of natural documentary is developing, compared to the commercial film industry. Therefore, if individuals are able to give their personal effort to improve this industry, the progress will happen. Also, now new media are more and more popular all over the world. Everyone could be the director of a documentary and upload their works on the internet. Thus, I think we should raise normal people’s awareness to record and film nature. Public awareness can be the strongest impetus for pushing the natural documentary industry forward.