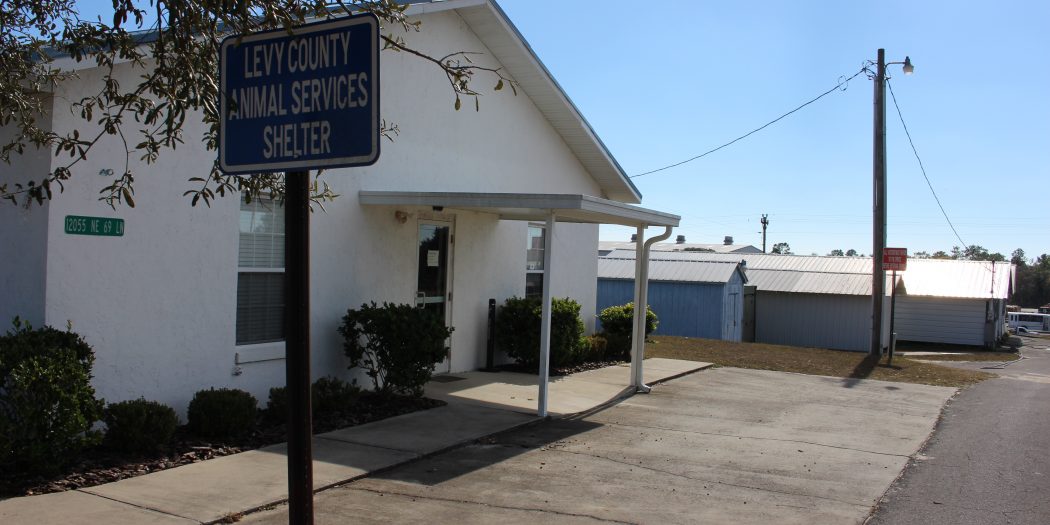 Levy County Animal Services has reached capacity at an unusual time this year, but Levy County residents say that this is because of their prices and hours.

“We hear [complaints about hours] all the time,” said Sarah Podobinski, who fosters and volunteers for local rescue groups, while also serving on the board of directors for Rapscallion to the Rescue, a non-profit organization that rescues pets from shelters.

Podobinski said she thinks the current hours don’t give people who want to adopt enough time to get to the shelter after they get off work.

“I am actually going to Levy County’s county commission meeting on Dec. 20 to bring up this issue as well,” Podobinski said. “I do feel they need different hours, extended hours and definitely a Saturday.”

Podobinski suggests that the shelter change their hours to four weekdays and a Saturday to give people time to get there after work.

“Right now, as it is, the adoption process at Levy is a two-day process,” Podobinski said. “You go, you fill out the adoption application, you pay and the dog is fixed at a later date, and then you have to go back and pick them up. Essentially, somebody has to take two days off of work to adopt an animal from Levy County.”

At LCAS, animals are only spayed or neutered after they have been adopted. But, David Weatherford, director of Levy County Animal Services, said that they don’t have the funding to spay or neuter every pet as they come in.

After someone decides they want to adopt, LCAS will schedule the surgery for the next day to spay or neuter the pet. If a male dog is being adopted, they can usually go home the same day they have the surgery, but for a female, there is often a wait because the dog needs an additional day to recover, Weatherford said.

LCAS has 44 kennels for dogs, but 41 of them are currently filled. The remaining kennels are small and for puppies or small dogs only.

This means they are at full capacity until an animal gets adopted.

“There are actually more right now than we have had during the winter, usually our summer months are our busiest months,” said Weatherford. “That’s how it is in this world. You’ll have a busy month one month and a not very busy month the next. But it is very seldom that we do not have a busy month.”

Adopting a pet from LCAS ensures that your pet will be spayed or neutered, given all of its proper vaccines, tested for heartworm or feline leukemia and aids, given a microchip, and provided deworming and flea control. This is what really contributes to the prices of the pet, said Dee Esler, staff veterinarian at LCAS.

Levy County resident Kendall Horne said that she thinks the prices are too high when the shelter is at capacity.

“I think they should hold an adoption [event] with fee waived,” Horne said. “It’s just not fair that there are so many people looking for a dog or cat to give a forever home and they just don’t have the extra $50 or $60 to spend and then get the supplies they need.”

Esler said that she has seen the comments from people on the Facebook page who think the prices are too high.

“We lose money on the prices we have,” Esler said. “We are probably covering the cost of medications, but we aren’t covering personnel costs.”

Weatherford said that LCAS works with over 200 rescue partners to place pets with good homes. As a part of the UF Veterinary Outreach Program, UF students come to the shelter and offer their services to LCAS, but he said there is only so much they can do.

Podobinski, however, said she thinks there is more to be done and she will address all of this at Levy County’s county commission meeting on Dec. 20.

Samantha is a reporter for WUFT News and can be reached at news@wuft.org or 352-392-6397.
Previous Harn Museum Celebrates Latin American Art
Next Suspect Killed After Attacking Lake County Deputy With Oar