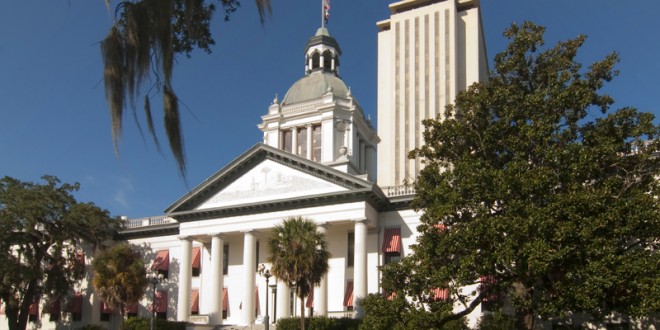 TALLAHASSEE — An impact of term limits and turnover in this year’s elections is a slightly less-wealthy state Legislature.

The freshman class — set to be formally sworn in Tuesday — carries two new standard-bearers for personal wealth in the House and Senate. However, the average net worth of senators is going down 8.5 percent, to $3.5 million, and the average in the House is dropping 5.9 percent to $1.493 million.

The numbers are based on figures that candidates provided to the state Division of Elections when qualifying for office and annual financial-disclosure reports submitted to the state Commission on Ethics.

Aubrey Jewett, a political-science professor at the University of Central Florida, said the net worth of lawmakers should matter to Floridians.

For one, Jewett said the legislative body becomes increasingly exclusive as wealthy candidates have more readily available access to resources and the ability to self-fund campaigns than do middle- and working-class Floridians.

Also, Jewett said many people in upper tax brackets don’t share the concerns and challenges of middle-class and working-class constituents.

“The policies they push and legislation they pursue is likely to reflect their ability to succeed in the current system under the current rules,” Jewett said. “They are less likely to seek changes and reforms.”

A cause for the decline in average House and Senate net worths is that many new members aren’t as well off as lawmakers who have left.

Of the 160 members of the House and Senate, there will be 53 millionaires writing laws for Floridians the next two years, down two from the 2016 session.

The reduction in averages comes despite two freshmen each topping $25 million in net worth.

Replacing term-limited Sen. Don Gaetz, R-Niceville, as the wealthiest member of the Legislature is George Gainer, a Panama City Republican who cruised into his new office without opposition in this year’s elections.

Gainer, a longtime Bay County Commissioner who owns a fleet of auto dealerships across North Florida, reported his net worth at $27.9 million.

In the House, recently re-elected Miami Republican Michael Bileca will no longer hold the mantle of highest net worth, a mark that’s been his since 2012.

Newly elected Rep. Ralph Massullo, a Lecanto dermatologist who also won office without competition, reported a net worth of $26.8 million. Bileca, the co-founder of Towncare Dental Partnership, is worth $18.4 million.

At the other end of the financial spectrum, the elections have led to an increase in the number of lawmakers in the red.

In the 2016 session, eight lawmakers, all in the House, were underwater in terms of debts to assets. The in-debt number is growing to 10, in part because of six freshmen in the House — Democrats Kamia Brown, Wengay Newton, Amy Mercado and Nicholas Duran and Republicans Amber Mariano and Mel Ponder — and two new members of the Senate.

With large home mortgages in their portfolios, former Democratic House members Darryl Rouson, $47,999 in debt, and Victor Torres, negative $77,654, become the first senators on the negative side of the ledger in three years. Rouson was elected to the Senate this year in a Tampa Bay district, while Torres was elected in a Central Florida district.

Duran, the executive director of the Florida Association of Free and Charitable Clinics in Doral, has the lowest net worth — negative $213,697 — among those joining the Legislature. Duran’s negative net worth is primarily due to student loans.

Returning Rep. Danny Burgess, a Republican attorney from Zephyrhills, is the deepest in the red, negative $253,100, also due to heavy student loans.

With relatively little turnover the past four years, the net worths of both chambers had been steadily growing.

Republicans are wealthier in both chambers.

The News Service of Florida is a wire service to which WUFT News subscribes.
Previous Racial Message Written On UF Dorm Door
Next To Protect 2 Bat Species, Withlacoochee Forest To Close Caves