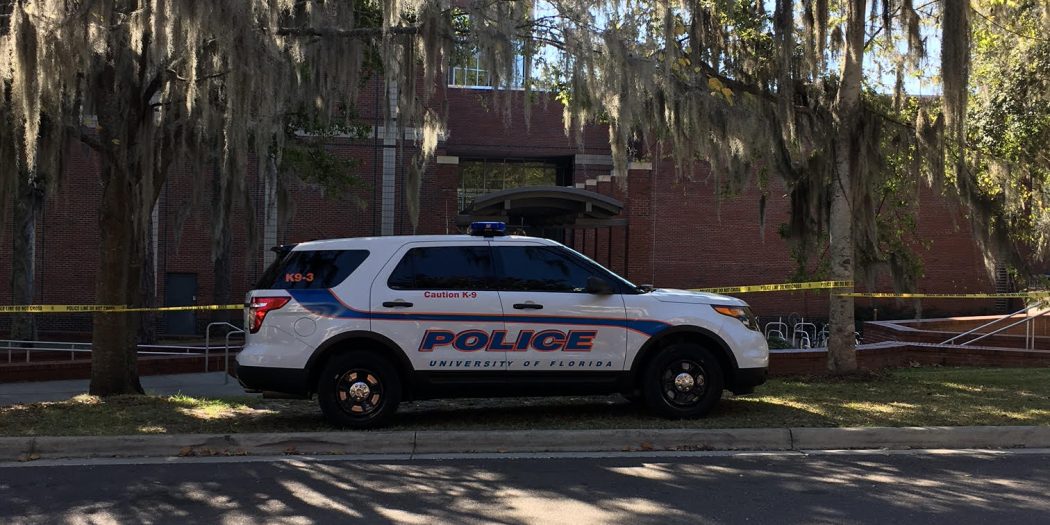 The New Engineering Building on UF's campus was evacuated due to a bomb threat Thursday morning. (Samantha Brittingham/WUFT News)

The New Engineering Building on the University of Florida campus was evacuated and closed after a bomb threat in the building on Wednesday morning.

Police blocked off Center Drive around the NEB and evacuated the building immediately.

A note was found on the first floor of the building in a restroom. The note indicated that there was a bomb in the building, according to UF Police Department Captain Jeff Holcomb.

UFPD arrived to the NEB two minutes after the call and immediately evacuated the building. Officers were sent to sweep the building and a K-9 unit was sent to ensure the safety of the building, Holcomb said.

Although an email was sent out, no UF alerts were issued.

“Because we were on the scene immediately and the threat was towards one building…we did not send an alert out,” Holcomb said.

Classes were canceled in the NEB for the rest of the day and UFPD expected the building to be closed until 3 p.m. on Wednesday.