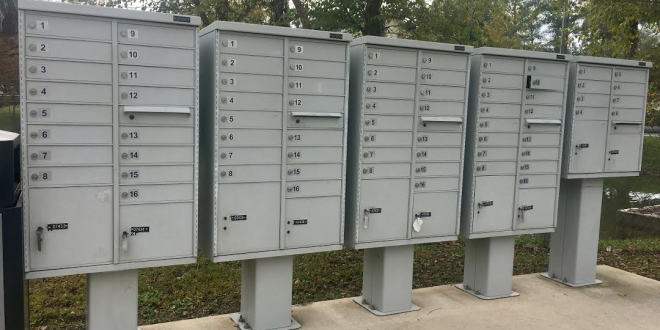 Some Gainesville residents are expressing concerns over what they say has been poor postal service, noting delayed and mis-delivered mail, damaged packages, and inaccurate tracking information.

The package’s tracking information from the U.S. Postal Service had been updated to “delivered” the day it was supposed to arrive. However, it didn’t arrive for many weeks after that.

Sanchez said she ordered the filters in August, and they were to be delivered through UPS’s SurePost, a ground service with final delivery done separately by the Postal Service.

In October, Sanchez made another online purchase. This package was also to be delivered through UPS’s SurePost. And like with the first package, although it hadn’t been delivered yet, her tracking information showed that it had.

Eight days after the second package’s tracking information said it was delivered, Sanchez heard a knock at her door. When she opened it, she saw a Postal Service truck driving away and both packages at her feet. Her first order, now 65 days late, was torn and looked as though it had been run over, she said.

“I thought, ‘Wow, this is weird. They’ve been sitting on my packages this entire time,’” Sanchez said.

Postal Service spokeswoman Kanickewa Johnson said that when the organization becomes aware of such issues, it takes immediate steps to resolve them.

“The most important thing customers can do when they have questions or concerns with their mail service is to first contact their local post office,” she said.

“It never occurred to me that [the problem] was the post office this whole time,” Sanchez said.

However, if there are isolated instances where a package is showing “delivered” but is not at the delivery point, customers should notify the Postal Service immediately so it can address the issue, Johnson said.

“We work hard to make sure our customers can track their packages and mail from entry to delivery,” Johnson said. “And if issues exist, we want to know so we can take steps to correct them.”

Sanchez was one of three people who reached out to WUFT News with complaints about the Postal Service, but she was the only one who would discuss it.

Separately, WUFT reached out to those on a Reddit feed voicing complaints about the Postal Service, but only Gainesville resident Ryan Peterson would comment.

“I’d rather just use FedEx or UPS — something that’s reliable,” Peterson said.

Peterson said he received several notices from the Postal Service in late September that said he was using the wrong mailbox within his neighborhood’s multi-mailbox unit, despite having contacted them several times to resolve the issue, he said.

A couple weeks later, a mailman told him the Postal Service had removed the built-in lock from his mailbox.

Peterson said that when he contacted the branch on Southwest 34th Street, a manger told him the Postal Service did not remove the lock and that he would be charged to have it replaced. When he asked which mailbox he was supposed to be using, he was told ‘box 6,’ which is the box he had been using all along.

After the manager insisted Peterson was still using the wrong box, he attempted to contact the Postal Service several more times to resolve the issue. When he finally received a call back, another employee told him she would look into his complaint. But he said he hasn’t heard back in several weeks.

“It’s irritating,” Peterson said. “I’d pay the $25 [to have the lock replaced] to just be done with this, but if we’re still on a different page about which box I’m supposed to use, then this is just going to happen again.”

Phone and email messages by WUFT to follow up with Johnson, the spokeswoman, and another media-relations employee about Peterson’s issue weren’t returned.

Peterson said that after unsuccessful attempts to resolve the issue with the Postal Service locally, he filed a complaint online.

Two weeks ago, three weeks after filing the complaint, he was contacted by the Postal Service and was told the lock shouldn’t have been removed because there was no due process and that an investigation would be launched. But he said he is still waiting to hear back.

“I never use the post office if I can help it,” Peterson said.

This story has been updated to properly reflect how Peterson’s complaint was originally found, which was through Reddit, not as a complaint to WUFT.