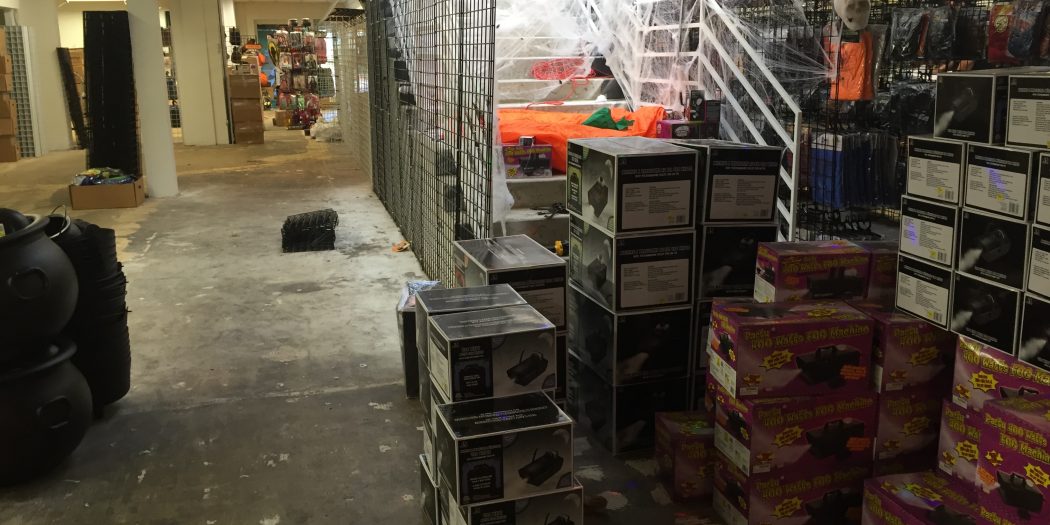 For the second time this year, a store in the busy area of Gainesville’s Midtown has moved out.

The Simply Halloween Store, located at 1614 W. University Ave., closed its doors to customers on Nov. 2, just two days after Halloween. This location used to be the home of the Florida Book Store for decades until its closure over the summer.

The store previously said this was going to be a temporary location. This held true when it was open for business for about a month, said Michael Brooks, district manager for Simply Unforgettable Party Shop. Brooks said that he was not surprised by the shop’s performance, which was initially hard to predict.

He said that he expected a drop in sales just from the fact that Halloween fell on Monday this year, as opposed to its falling on Saturday last year.

The estimated dollar amount of their sales will not be available for three or four weeks, which is when all purchases will have been inventoried, according to Brooks. He said that no money was lost during the temporary project and that everything was paid for.

George Wallace, the warehouse manager of the Simply Unforgettable Party Shop, said that the location of the store was a big determinant for the type of people that would shop there.

University Avenue, around the Midtown area, has a lot of restaurants and lacks an abundance of shopping locations, which means that not many families with small children would have an incentive to pass by the store.

However, the location gave the Halloween store a massive advantage when it came to college students shopping for the holiday festivities.

The store was slow for the majority of its time at the location, but many students flooded the store on the day of Halloween.

He attributed the increased traffic, which he called “crazy,” to the fact that students tend to be last minute in general, especially when it comes to preparing for a Halloween party.

“(They) have to rush in and buy something small — cat ears and a cat tail for girls, and for guys it’s a badge and a cop hat,” Brooks said.

Tommy John, a freshman biology student at UF who was shopping at the Halloween store on Halloween day to look for a last-minute costume, said that the place was packed.

“I would say everyone that went there at that time was doing the exact same thing,” John said.

Despite the recent happenings in Gainesville and around the country with “creepy” clowns, Brooks said that there was no upswing or downswing in sales in the clown department.

Clown paraphernalia sold as expected in children’s sizes, said Brooks, because clown sightings weren’t an issue with small children, but there was a small increase in masks being sold because of the small handful of kids that wanted to join in on the viral craze.

“It was just a big hype-up for not a lot of results,” he said.

Even though Halloween ended just over a week ago, Brooks said that the preparation for Oct. 31 of next year has already begun.