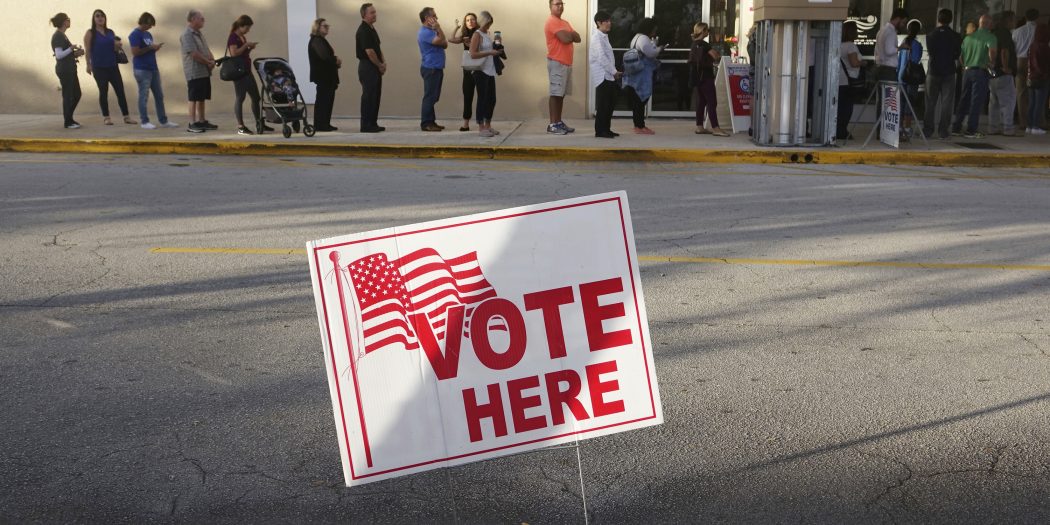 Could Hurricane Matthew Have Affected Voter Turnout In Florida: The Questions That Remain Unanswered

As Hurricane Matthew barreled towards Florida the first week in October, 25 counties were ordered to evacuate causing concern among Florida’s Democratic Party and the League of Women Voters.

After the closings of Florida’s state offices on the 7th and 8th, including the several field offices with the United States Citizenship and Immigration Services due to Matthew, the question of how many people may have missed their opportunity to register to vote remains.

An immigration attorney based out of Miami, Elizabeth Pines, knows of at least four naturalization ceremonies cancelled in South Florida due to field offices being closed.

“This was a case where new citizens-to-be were going to be immensely affected because they could not have registered [to vote] before becoming US citizens,” said Pines.

She added that each ceremony, at least in the the Miami-Dade area, has anywhere between 200 to 450 people who become new U.S. citizens.

When these ceremonies are cancelled, it keeps the soon-to-be citizens from registering to vote.

“Typically right after they become citizens they look forward to registering to vote and take on the responsibility and right of vote very seriously,” said President of Florida’s League of Women Voters, Pamela Goodman.

The registration process is taken care of shortly after naturalization because a representative from the supervisor of elections is typically on site.

The cancellation of these ceremonies urged Pines, also on the LWV board, to reach out to her fellow members. In the end, the Florida Democratic Party filed a lawsuit against republican Gov. Rick Scott after he denied a request to extend the deadline.

LWV argued an extension would help those who missed out on the opportunity to register because their naturalization ceremony was cancelled.

Voters were given one more day to register to vote while Federal judge, Mark E. Walker of the US District Court for the Northern District of Florida, held a hearing on October 12th.

The Florida Democratic Party and LWV asked for the deadline to be extended to October 18th. Judge Walker ruled in favor of the six-day extension, allowing these ceremonies to be rescheduled.

With the extension in voter registration deadline, these ceremonies in several areas in Florida (West Palm Beach, Oakland Park, Hileah and Kendall) would be rescheduled.

Pines said one ceremony was rescheduled for the 14th, one on the 15th and two on the 21st.

Two of them would make the October 18th deadline. The other two almost did not.

Pines said if it was not for the USCIS stepping in and moving up the two ceremonies on the 21st, as many as 900 people would have missed their opportunity to register to vote.

Had these ceremonies in South Florida not been rescheduled before October 18th, as many as 1,800 people would not have had the opportunity to register to vote in the 2016 general election.

This number may seem insignificant, when Donald Trump snagged Florida by more than 100,000 votes, but Pines wants to remind others, “allowing voters the opportunity to vote always impacts elections. Besides the presidential candidate there were many issues and other races on the ballot.”

Pines and Goodman were both delighted with the October 18th extension, but what about others in Florida whose ceremonies may have missed the deadline because of Matthew. Were these concessions made in other counties?

In an effort to discover how many postponed ceremonies, if any, fell outside the voter registration deadline, I reached out to USCIS public affairs officer, Sharon Scheidhauer.

“Applying to naturalize is a rigorous process and individuals need to meet many requirements before becoming US citizens. USCIS is committed to the integrity of the naturalization process and does not allow external factors such as voter registration deadlines to influence the adjudication of citizenship application or scheduling of ceremonies. Anytime naturalization ceremonies are disrupted due to weather or other unforeseen circumstances we reschedule those ceremonies as quickly as possible because it is the right thing to do for our customers,” she responded.

I requested information about rescheduled naturalization ceremonies from the Department of Homeland Security, who oversees USCIS, on the 26th of October. It was processed on the 31st and I received a letter back from DHS on November 6th.

The letter stated the information being requested was not warranted for expedited processing.

The director of FOIA operations, Jill Eggleston, wrote that there were two cases in which my request could have been expedited; either the lack of expedited treatment could pose an imminent threat to life or there was an urgency to inform the public about an actual or alleged federal government activity.

The request for this information will take more than 10 days.

Until then, it’s in question how many soon-to-be citizens missed out on their opportunity to register to vote in time for the 2016 general election.

Danielle is a reporter for WUFT News and can be contacted by calling 352-392-6397 or emailing news@wuft.org.
Previous Promoting Peace On Election Night
Next Ichetucknee Springs Water Quality Improvement Project Completed

Alachua County held a hearing Thursday morning to address the 10 businesses that code enforcers found selling tobacco to customers under 21.