Florida Democrats made a net gain of two seats in the state House of Representatives on Tuesday, although Republicans kept their firm grip over the 120-member chamber.

With some close races not finalized, Republicans appeared headed to holding a 79-seat majority in the House, with the Democrats moving up two seats to 41.

One of the surprises of the night was the narrow defeat of state Rep. Amanda Murphy, a New Port Richey Democrat who lost her Pasco County seat to Amber Mariano, a Republican, by 732 votes. Murphy may have been caught in a Republican tide that saw presidential nominee Donald Trump carry the county by more than 21 percentage points.

In the Orlando area, Carlos Guillermo Smith, a Democrat, won District 49, which had been previously represented by Rep. Rene Plasencia, a Republican who moved to District 50, where he won election on Tuesday.

In the Miami area, Daisy Baez, a Democrat, beat Republican John Couriel in District 114, which was previously held by a Republican.

In District 118, which was previously held by Rep. Frank Artiles, a Republican who was elected to the state Senate, Democrat Robert Asencio had a narrow lead, about 55 votes, over former state Rep. David Rivera, a Republican. That race might be subject to a recount.

But overall, Republicans turned back a number of challenges, including in three districts in the Tampa area. Rep. Ross Spano, R-Dover, beat Rena Frazier, a Brandon Democrat, in District 59.

Jackie Toledo, a Republican, beat Democrat David Singer in District 60, which was previously represented by House Majority Leader Dana Young, who was elected to the state Senate on Tuesday.

Incoming House Speaker Richard Corcoran, R-Land O’Lakes, said he was pleased with the outcome of the House elections.

“Despite facing unprecedented electoral obstacles, House Republicans had a great election night,” Corcoran said in a statement. “We won seats that Republicans lost four years ago and despite predictions of Democratic waves in South and Central Florida, we brought home our Republican incumbents who will be joined by an outstanding class of change-oriented new members.”

Corcoran said the message from the elections is that “voters are hungry for leadership and desperate for change.”

“The new House Republican majority is ready and eager to embrace that challenge,” Corcoran said. “It’s time to start cleaning up the political process, shutting down the influence of special interests and bringing to the people of Florida the prosperity and opportunity that they deserve.”

In other House races, former state Rep. Loranne Ausley, D-Tallahassee, returned to the Legislature with a 56-44 percent victory over Jim Messer, a Tallahassee Republican, in District 9.

In Jacksonville, Tracie Davis, a Democrat who replaced state Rep. Reggie Fullwood after he pleaded guilty to wire fraud and tax charges, won election to District 13.

The News Service of Florida is a wire service to which WUFT News subscribes.
Previous GOP Stems Democratic Push In State Senate
Next Roundup of Alachua And Marion County Election Results 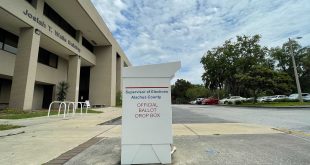 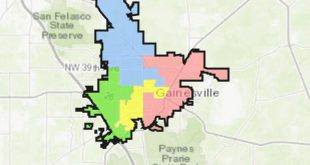 In 2020, 19 Florida counties approved 20 sales and property tax increases worth $400 million. Two of these measures passed in Alachua and Marion Counties.