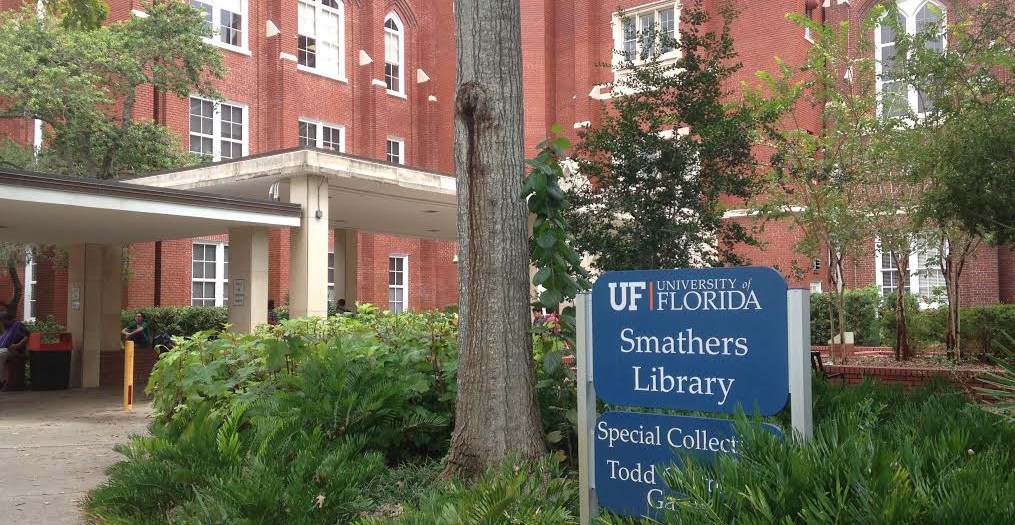 University of Florida George A. Smathers Libraries was awarded a $288,000 grant from the National Endowment for the Humanities to fund the digitization of historic newspapers. The grant, coupled with $325,000 Smathers received in 2013, adds up to the largest direct monetary award in the libraries’ history.

Gov. Rick Scott on Wednesday told state university leaders that he wants to elevate Florida’s higher-education system to the top in the nation in order to continue to produce a workforce that will attract companies and jobs.

With Florida’s annual job growth rate of 3.6 percent ahead of the national average of 1.9 percent, Scott told the state university system’s Board of Governors, and trustees representing each of the 12 universities that he wants their institutions to be the best in the country.

“We want to beat Texas, California, New York and every other place in the country,” Scott said. “We’re not going to have the best jobs, the best companies, if we don’t have the best university system.”

It is an ambitious goal not likely to be realized in the remaining 796 days, as Scott noted, in his administration.

For instance, Florida lags the states Scott mentioned in public-university research expenditures, ranking fifth in the country with $1.88 billion in the 2013-14 academic year. California was on top with $5.88 billion, followed by Texas at $4.19 billion.

Nonetheless, Scott can point to some major improvements during his six years in office, as he has appointed a majority of the Board of Governors and the boards of trustees at each university.

Scott noted the production of degrees in science, technology, engineering and mathematics increased 30 percent in the past five years. Graduate STEM degrees have increased by 17 percent.

Florida ranked second in the nation in 2014-15 in the total number of students who took at least one online course, with the goal of having 40 percent of the undergraduate student credit hours in online classes by 2025.

Scott repeated his call for abolishing online fees, which are now capped at $30 per credit hour. He promised the universities that he would find a way to make up for the funding loss in the state budget.

Scott said Florida has the fourth lowest tuition rates in the nation, which has been one of his top priorities.

Scott repeated his call for extending Bright Futures scholarships to the summer semester in an effort to keep tuition costs low and allow students to graduate quicker.

Under Scott’s watch, a performance-funding system has been developed that rewards institutions based on a series of metrics, including how quickly students graduate and how much they are paid when they get jobs.

Florida led the 10 largest state public university systems with a 66 percent six-year graduation rate through the spring of 2015, with a state goal of raising that number to 70 percent by 2025.

Florida’s four-year graduation rate was at 42 percent, with a goal to raise it to 50 percent by 2025.

“We have got to figure out how to get our kids out faster,” Scott said.

With universities preparing a new list of building projects to be considered by the 2017 Legislature, Scott called for restraint in campus construction. Universities won approval for $146 million in building and maintenance projects in the current budget.

“We need to figure out how we can use space more efficiently. Can we use the old space? Can we refurbish buildings? Can we lease space? Just continuing to build, build, build, eventually there is difficulty in paying for it,” he said.

And he called for universities to emphasize degrees that lead students to jobs that are in high demand by employers.

Lloyd Dunkelberger is a reporter for the News Service of Florida, a wire service to which WUFT News subscribes.
Previous City Commissioners Serve Homeless And Hungry At GRACE Marketplace
Next A Gator Grad And A Gainesville Native Star In World Series Finale