With incumbent Tony Cameron deciding not to run for County Sheriff, Suwannee County voters will decide on Nov. 8 who their new sheriff should be among this pool of candidates: Fred Martin,Sam St John, and Alton K. “Buddy” Williams III. 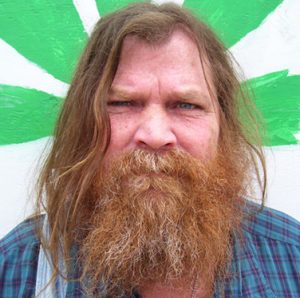 Fred Martin lives in Suwannee County and has been running for sheriff for 5 years; this election marks his second run. While he hasn’t worked in law enforcement before, Martin is a disabled political activist who says he is willing to go to jail for what he believes in.

Martin said  his experience comes from being on the other side of the law enforcement world; he has been to both state(for growing marijuana) and federal prison (occupancy of national forest property without a permit). 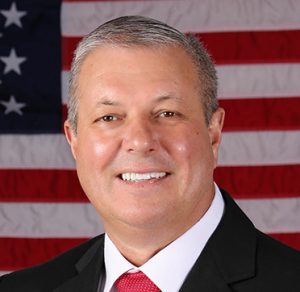 “I always had the aspirations to run,” St John said.

“I am the best qualified candidate for the sheriff’s office,” said St John. “I know the county, I know the community . . . I know the strengths and weaknesses, and from day one I can [make] whatever changes need to be changed . . . to better the department for the community.” 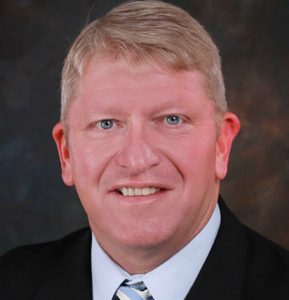 Alton Williams, or “Buddy” as many in the community know him, was born and raised in Suwannee County and has lived there all his life. Having worn the badge for nearly 30 years, Williams said it’s his lifelong ambition to become Suwannee County Sheriff.

“I’m very community oriented,” said Williams, Chief of Police in Live Oak and a member of the Florida Police Chiefs Association, is an active member of Rotary International, serves on the Foundation for Excellence in the School System, and is an adjunct instructor for law enforcement at a local college. He also participates in numerous community events through the sheriff’s office and has been hugely involved with fundraising for 20 plus years of his career.

“I am the only candidate with law enforcement administrative experience,” said Williams. “I’m a proven leader. I’m committed to this community and have been – not just at election time.”

“I would say that drugs would be the main issue that we’re facing here in Suwannee County,” St John said. “I . . . want to do what I can as far as getting the funding and resources needed to fight the war on drugs.”

St John is not in favor of decriminalizing marijuana. He said he it should be the officer’s discretion as to what to do exactly, but he believes that subjects need to be arrested for it.

Williams said synthetic drugs are a big threat to the community and while opposed to legalizing marijuana, he said he is willing to listen to any information on what decriminalization, possibly through the charging of fines, would do to those in the county charged with marijuana possession.

“I think what we have to do is educate the communities about the dangers of drugs. Period,” said Williams.

Both candidates recognize that marijuana usage is popular among young people and don’t think that getting in trouble for it should follow subjects into employment, college, or the military.

Martin, on the other hand, is “not for enforcing marijuana laws of any type whatsoever.”

He said he believes that a weed created by God shouldn’t be illegal, and that legalization would get more people to stop doing “the hard stuff,” like heroin or cocaine.

All three candidates believe that the Suwannee County Sheriff’s Office is in need of technological and communication advances.

St John is in favor of body cameras. He said there are complaints from citizens that he thinks would be appeased by installing the cameras so that footage can be reviewed to show exactly what happened and that there is no room for the unknown.

Williams said that technology and radio systems are a priority. And he also would like to install body or car cameras.

“It holds everybody accountable,” said Williams. “It makes sure that we’re doing the job the right way and we can show that the actions taken were appropriate by the officer or the deputy.”

Martin not only wants body cameras on every officer and on at all times for the protection of citizens, but also 360-degree cameras installed on the cars to protect officers.

“I don’t want nobody to get hurt without me knowing exactly why,” said Martin.

St John places a big emphasis on his want for training for his officers.

“That’s my goal,” St John said. “To have the best equipped and well trained officers I can in my force, [so that] when they respond to a call, they have the knowledge and skill and equipment to do so.”

He also wants to focus on animal control, youth programs, and confronting speeding.

“You gotta get out in the community and ask the community what the problems are, not tell them,” Williams said. “When you’re working to get to know your community, you can solve your problems a lot quicker.”

He also wants to establish a well-maintained training unit, and specialty crimes unit, which would handle traffic, etc.

“There’s a lot of issues that need to be addressed, but I do think that it’s possible,” Williams said.

Martin said he is focused on the legalization of marijuana as a form of combating more dangerous, synthetic drugs and to make detoxing from them easier for users.