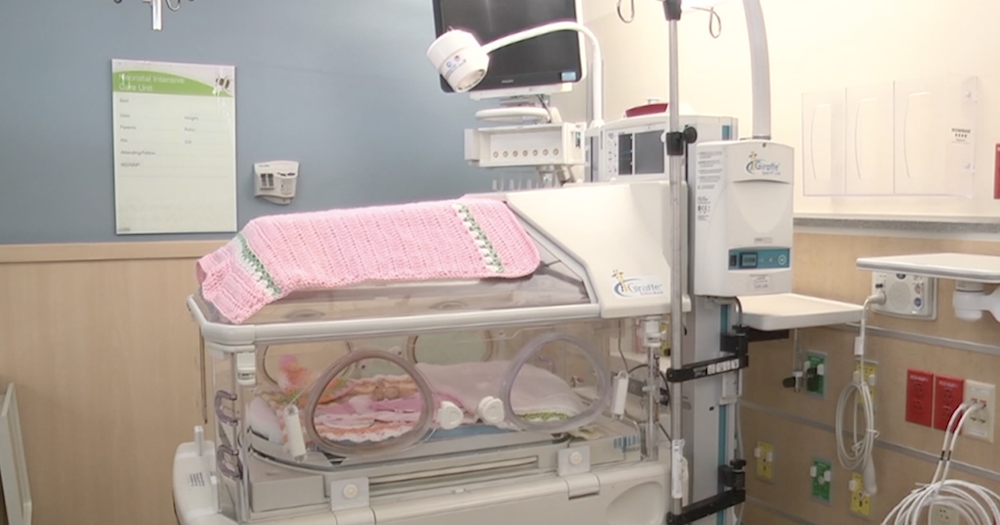 The east wing of the neonatal unit at UF Health Shands Children’s hospital is reopening after almost 10 months of renovation.

The construction for the renovation started in January and had a budget of $20.7 million, according to a press release. The goals were to create more spaces for both the infant patients and their families.

Ed Jimenez, CEO of UF Health, said that the renovations came after the hospital noticed an increase in babies being brought to the hospital, including babies that were sicker and stay longer.

“We found ourselves having a space crunch,” Jimenez said.

Jimenez said the unit was built at a time when people were working with less room and equipment and new times call for larger work areas and more equipment. The renovations will add 14 additional spaces for babies.

They saw the changes as answering the state’s need for larger and better facilities, and Jimenez hopes the new area will reflect the talent of the nurses and staff.

“It really gives everybody more elbow room,” Jimenez said. “It gives families more privacy and it gives us the ability to put in more of the high tech equipment that we have to shoehorn in right now.”

According to the press release, patients currently in the south wing of the hospital will be moved into the new wing before the second half of construction begins later on this year.

Patients are currently in a part of the hospital that was used for research that was transformed to be occupied before phase 1 renovations, but will transition along with their nurses and new staff to the new area in November.

Patients will remain with their same care providers to maintain continuity and a working relationship, Jimenez said.

“They sort of get into a rhythm so we will do our best to keep everybody the same,” he said.

The neonatal unit will also be introducing new staff to match the added rooms and features, but Jimenez said the hiring process is already underway so that new employees are ready for the opening.

Jimenez said that patients have not yet seen the newly renovated area, but reactions have been positive about it so far.

The goal of the reopening on Wednesday is not only to show staff the new space that they will be working in, but also invite members of the community and donors to see the project that will help a lot of kids.

Jimenez feels fortunate that the rest of the state looks to UF Health to take care of their sickest children, and that it has allowed them to renovate to meet their needs.

“It really is an exciting time for us,” he said.

The final renovation will include private breastfeeding rooms, a sibling play area and once completed will house four neighborhoods: Ladybug, Dragonfly, Hummingbird and Bumblebee.  Renovations are expected to be complete in spring 2017.

Amalie Batchelder is a reporter for WUFT news, and can be reached at 352-392-6397 or amalie.batchelder@gmail.com.
Previous Oct. 27, 2016: Morning News In 90
Next Farm To School Grant Awarded To Alachua County Public Schools