The people of Putnam County will vote for who they want as superintendent of their county’s schools on Nov. 8. The two candidates on this year’s ballot are Phyllis Criswell, the Republican candidate, and Rick Surrency, the Democratic candidate.

Both have decades of experience in education. 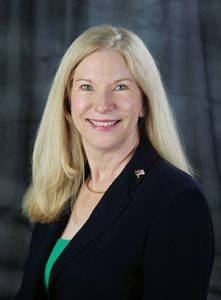 Phyllis Criswell has lived in Putnam County all her life. She has 32 years of experience in education including being a teacher, guidance counselor and principal. She is the current superintendent for Putnam County.

Criswell said the main issues facing Putnam County in 2016 are improving student achievement and school grades. Criswell said motivating students has been a concern for years, and she thinks it will continue to be.

Criswell said her four years of experience as superintendent in Putnam County and knowledge of the community make her a strong candidate.

“I’m very proud of the community, and I just think that I am by far the most qualified candidate for this position.” 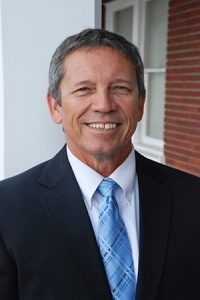 Rick Surrency is retired after being an educator for 38 years and a principal for the last 10 years. He is currently an adjunct professor for Saint Leo University.

Surrency graduated from the University of Florida with a bachelor’s degree. He received a master’s in administration and supervision and a doctorate in educational leadership from Nova Southeastern University.

He said having a strong school system is important to the county to attract business, attract employees and maintain a good business climate.

He said his vision is to move Putnam County to the upper half of districts in the state in terms of student achievement.

Both candidates agreed that they would like to see the graduation rates and career opportunities in Putnam County rise.

He said he has a plan to help students receive vocational certifications. He said he also wants to offer internships with some of the local businesses to students.

“If students have an end in mind, then while they’re in school, school will become more relevant,” Surrency said.

Criswell said she wants to continue to provide varied career opportunities for students. She said she would like schools to offer more career technical classes.

She said she’d like to see the state change from the FSA to just using the ACT and SAT as the test students must pass in order to graduate.

“Our students end up just dropping out because they get frustrated after taking it two or three times, and they just give up,” she said.

Both candidates said they do not support Common Core, and both want the state and county to be more involved with the education standards for students.

Surrency said he is in favor of keeping the Florida State Standards and wants to provide a curriculum that meets students’ needs while also following the standards.

He said one plan he has is to set short term goals for each Putnam County school for improving student achievement and standardized test scores.

He said he wants to put some of the district administration into different parts of the county, to provide extra support if the schools’ assessments are not going as well as they should be.

Criswell said she wants the state to allow education experts and teachers to get together and look at the Florida State Standards to determine what the schools are doing that’s redundant.

She said the standards become the teachers’ curriculum and that’s what they’re expected to teach.

“I know that our standards – our state standards – are many,” she said. “It is really hard for a teacher in any subject area to cover every single standard.”

Putnam County recently installed fiber optics over the entire county, and Surrency sees this as a great opportunity.

He said there is an opportunity to obtain a grant so all of Putnam County’s schools can be connected through the fiber optics.

“What’s even better is that businesses who can tie into that also will have an opportunity to purchase the usage of that fiber optics,” Surrency said.

Criswell was also very proud of the installation of the fiber optics. She said schools will get the connectivity first and she hopes one day citizens can connect too.

She said for the future, they would like to provide every student with their own laptop to use at school and home. As of right now they have 11,000 students and 8,000 Chromebooks available, but they hope to make the ratio one-to-one.

Both candidates said teachers do not get paid enough for their efforts.

Surrency said the district works hard to meet the needs of Putnam County teachers. He said they work closely with the union, and he feels the starting salary is a competitive one.

He said he would love to have the resources to pay the teachers more, but there need to be funds to do so.

Surrency said he wants examine the budget to see where they are spending money, and hopefully to focus more resources in the classroom, including compensating teachers more

Criswell said the state pays the district based on the number of students they have. She said the money Putnam County gets is used for salaries for all positions, and the state can set the salary for teachers.

Criswell said she would like to see teachers start at $60,000 or more.

“They are doing a job that really does affect the future of each county and the state as a whole, and I see it as a very important position.”

Mary-Lou is a reporter for WUFT News. She can be reached at news@wuft.org or 352-392-6397.
@@Mary_Lou_W
Previous Volunteers At The Montbrook Fossil Site Search For Answers To Ancient Species
Next Oct. 27, 2016: Morning News In 90