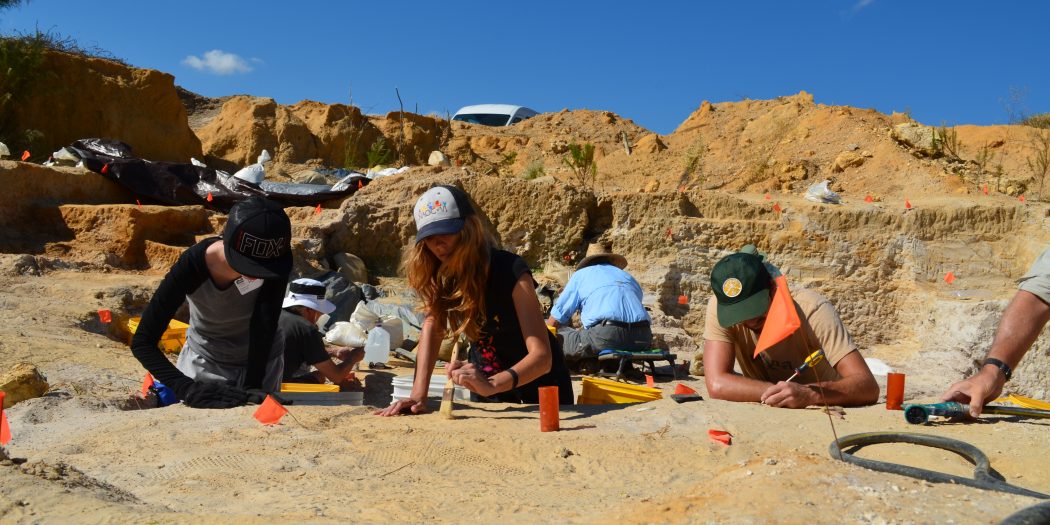 Just south of Williston is the site of one of Florida’s most unique fossil sites. The Montbrook fossil dig, run by the Florida Museum of Natural History, holds the answers to species from about 5 million years ago.

The site was discovered last November as a private company that owns the property began to dig to expand their roads. After finding bones in their property, the owners called the FLMNH, and has allowed museum members and volunteers to dig on their property since.

“Every day we have anywhere form 2 – 4 people from the Florida Museum of Natural History working here and then volunteers,” said David Steadman, the Curator of Ornithology at the FLMNH.

The site is the only of its kind in Florida, as it is around 5 million years old, with fresh water animal fossils.

“We’re finding a lot of freshwater turtles and fish, there are also some freshwater birds and we have some Gomphotheres, which are elephant-like creatures with tusks on the top and the bottom,” said Rachel Narducci, the volunteer coordinator for the site.

Last spring, over 100 volunteers came out to the site, this fall has brought about 70, with more expected. The site is worked on until about May, when it gets too hot, according to Narducci.

“Working with volunteers and working with your colleagues is one of the reasons I love the Florida Museum of Natural History,” said Steadman.

Virginia is a reporter for WUFT News.
@@annablevl
Previous Everything We Know About How the Solar System Was Made… Is Wrong?
Next Florida Votes 2016: Putnam County Schools Superintendent