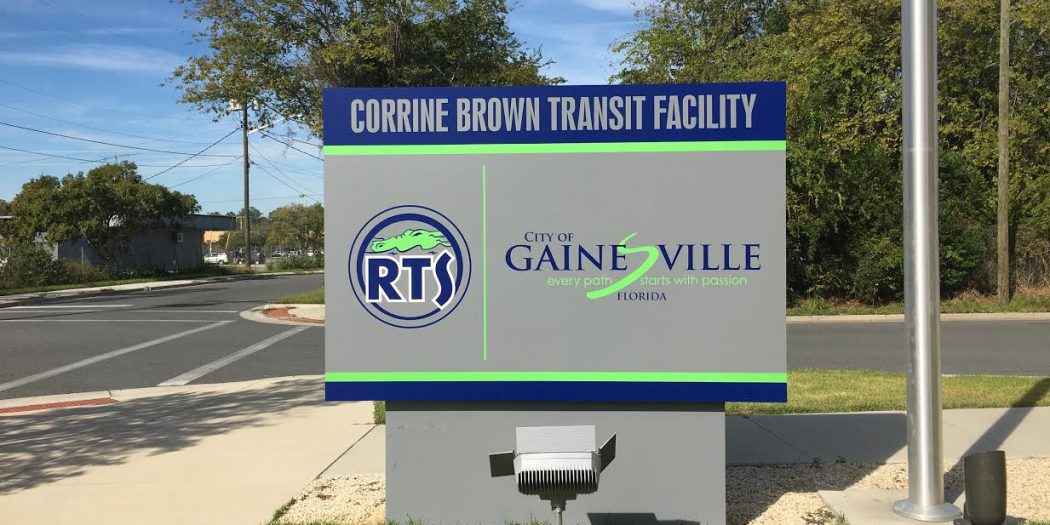 Gainesville’s Regional Transit System will receive funds from the Florida Department of Transportation to improve bus stop amenities, service during holidays, and operations on existing routes.

The Florida Department of Transportation provides transit agencies with development funds each year. A total of $596,106, provided in equal parts by the Department and the Regional Transit System, will be available for RTS’s operations during the 2017 fiscal year. The City of Gainesville approved the joint participation agreement at a City Commission meeting on Oct. 20.

“That partnership with the Department of Transportation is very important to us,” said Chip Skinner, the marketing and communications supervisor at RTS. It accounted for almost 10 percent of RTS’s operating budget last year.

“We were getting quite a few people that were concerned trying to get to and from retail jobs and hospitals so that holiday service is really important,” Skinner said.

Routes 43 and 75 were added to the holiday service list this year. They will be working on Veterans Day and for the first time, also on the days around Thanksgiving this November.

Euricka Franklin, who takes Route 75 almost every day, said she is glad about the addition. She lives near Tower Road and relies on RTS as her main form of transportation to work, the grocery stores and church.

“If I don’t have my bus, I have to get somebody to come all the way to pick me up or I don’t go to church,” she said.

Some of the money from the partnership is used to pay bus drivers. This includes the overtime payments made to those who choose to work during the holidays.

Other costs covered by the partnership are fuel, bus maintenance and bus stop amenities.

“Bus stop improvements could be anything from pouring a concrete slab to adding shelter, adding a trash can, adding a bench,” Skinner said. “It could be a combination of all those things.

Franklin said she hopes for more roofs and benches at bus stops.

“You got a lot of elderly people who use that stop,” she said about route 75’s stop near SW Advocacy Group’s health clinic. “There’s room for a bench to be there.”

“If it’s raining and you’re waiting on the 75 to get somewhere, you know you’re going to get wet,” she said.

However, RTS is still working on its 2017 budget and identifying which bus stops will be improved, Skinner said.

Plans are being made by RTS to enhance the existing routes 62, 125 and 300, according to the City Commission meeting’s agenda.

Route 62 provides service on a north-south corridor between southwest Gainesville and the Oaks Mall, near Santa Fe College. Route 125 operates between the two most popular destinations on the University of Florida’s campus (J. Wayne Reitz Union and the Hub) and in areas of recent growth near Southwest 24th Avenue and Southwest 38th Terrace.

Route 300 will provide travel between UF’s sorority/fraternity areas and the new housing complexes east of campus. The existing route will be extended almost 60 percent to include the midtown area, which is emerging as a dominant hub of activity.

Ryan Hundersmarck, a fifth-year engineering student at UF, uses the buses every day to go to class.

He said he is glad about RTS’s growing list of routes that provide holiday services. “I have a car to fall back on, but some people don’t.”

In addition to the Florida Department of Transportation, other funding partners of RTS include the city, Alachua County, UF and Santa Fe College.

Route details and holiday schedules are available at www.go-rts.com.

Diana Illingworth is a reporter for WUFT News. She be reached at 352-392-6397 or news@wuft.org
Previous Swastikas Spray Painted on Gainesville Home And Trump Sign
Next FAU Poll Shows Clinton, Rubio With Narrow Leads