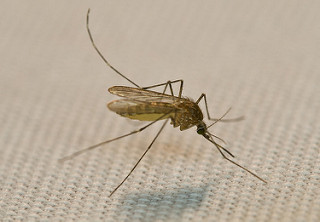 Officials say the mosquitoes swarming the fairgrounds during a county fair are the result of rain dumped by Hurricane Matthew.

Health Department and mosquito control crews went to the Alachua County fairgrounds on Tuesday after receiving numerous complaints about the insects.

Gainesville Environment Health Director Anthony Dennis says the edges of the fairground will be sprayed Wednesday. Spraying will continue until the fair ends Saturday.

Dennis says they can’t spray the entire fairgrounds because “it would be too close to the vendors and the people.” He says the mosquitoes are coming from the nearby woods.

He says the mosquitoes are not known for West Nile virus and Gainesville hasn’t been identified as a Zika transmission zone.

The Associated Press is a wire service to which WUFT News subscribes.
Previous Oct. 26, 2016: Afternoon News In 90
Next Everything We Know About How the Solar System Was Made… Is Wrong?