Gustave Guadagnino was born and raised in New York City before moving to Spring Hill in 1985. He graduated from New York City Community College with his associate’s degree, and said he started his first business at 13 years old. Currently, he owns and manages two companies: JONI Industries, a promotional marketing business, and Seaboard Pencil Company.

Guadagnino said he decided to run for District 4 school board when he saw that there weren’t many options for high school students outside of an academic track. When he was elected last term, he added 24 career and technical programs.

He is involved in the community through serving on county boards and donating money to charities. Currently, he is on the Honorary Board of Directors for the Dawn Center, a domestic and sexual violence center, the Oak Hill Hospital community Advisory Board and the Take Stock of Children board, to name a few.

When asked why people should vote for him, he said, “Because they care about their school district and the quality of it. I’ve been here for four years. And all they have to do is search my accomplishments.” William Vonada was born in Pennsylvania and moved to Florida in 1978. He graduated from Florida State University with a bachelor’s degree in business and marketing management and also started a doctorate in divinity before he started teaching full time. He has been a teacher and football coach in Hernando County schools for 28 years and also works as a children’s ministry director at Mariner United Methodist Church.

Vonada decided to run for the District Four chair after he experienced and interacted with teachers and administrators who felt a negative shift in their schools. As there was more pressure on testing well and less passion for teaching well.

He has served the community filling his days working with students on and off the field. Also, he contributes to his church charities like the Dawn Center.

“We have messes we need to clean up,” Vonada said. “It’s time to listen and to inspire.”

Both candidates agree that the tests need adjustments.

Guadagnino believes in some form of testing. Before standardized tests, he said teachers had too much free reign to pass students from one grade to another.

“I think what they put into place has to be modified,” Guadagnino said.

He said it’s important to know whether a child in Florida is getting the same education as a child in Texas.

While Vonada thinks it’s important to evaluate students for weaknesses so they can be helped, he said that the tests transformed schools into a numbers game.

“Now, in education, [the Hernando County School system] is only concerned in what you can do to contribute to the number, to the graduation rates,” Vonada explained, his eyebrows furrowing. “And that’s the sole worth of students right now.”

He said he wants to modify the tests so the focus goes back to the student. Vonada wants high school graduates that leave with knowledge of numbers instead of becoming one.

During the last four years in Hernando County, the school board put a balanced budget into place to fix the $10 million deficit they had collected.

“The biggest issue is how do we grow a balanced budget without getting ourselves back into a $10 million deficit?” said Guadagnino, leaning back into his chair as the question hangs in the air unanswered.

Guadagnino talked about a future where a growth in the budget will produce better rounded students with interests in art and music. He talked of growing student’s job opportunities past the 24 programs he helped create in his last term.

Vonada said it’s a good thing the county has a balanced budget, but he worries that the budget in place is not fiscally responsible. Meaning money is being spent unwisely and is neglecting to pay for simple resources like toilet paper in the classrooms, he said.

“Are we spending our money in the ways we should be spending it?” Vonada asked.

If elected, he wants to take a closer look into how the money is being spent, so that more goes into schools and less goes into pay raises in government.

Recently, Hernando County School’s Superintendent Lori Romano has received petitions from parents to remove her from office. Some petitions stating she has had a negative impact on schools, that she doesn’t listen to the community concerns and she doesn’t have the ability to make change.

Guadagnino fully supports Romano. He said he hired her out of about 26 candidates.

“I am very proud of my decision,” he said. “She came into a hornet’s nest.”

“She knows what’s coming down the pipeline and I get a jump on everything,” he said.

Vonada is sympathetic to Romano’s role in a leadership position. He knows that she has tough decisions to make every day that not everyone will agree with.

“If you have everyone agreeing with you, that’s either a miracle or a very short term,” he said.

While he said he thinks Romano has good business sense, there is a disconnect between current leadership and motivation.

“We operate in a culture of fear,” said Vonada, who feels that the atmosphere in schools lack motivation and passion due to decisions made by leadership. 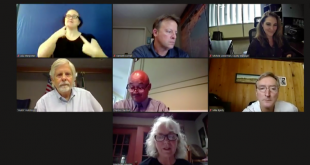 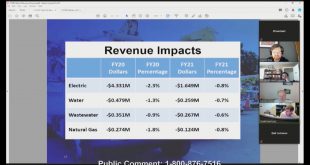 As election officials in Alachua and Marion counties urge people to vote from home in the upcoming 2020 primary and general elections, requests for ballots are on the rise.