Democrat Paul Douglas and Republican Steve Champion are hoping to get elected as a Hernando County commissioner representing its District 5 on Nov. 8. 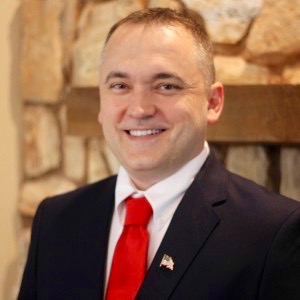 “I’m running for County Commission because the people need a voice. I’m not a Politician; I’m a small business owner and I will work closely with the citizens of our county,” Champion said on his website.

Small business owner Steve Champion defines himself as a businessman, according to his official campaign website. He has been a member of the Brooksville community since the 1930s and moved to Fort Lauderdale when he was 12.

“I built a successful career with one of the largest retailers in the country. I held several key upper management roles. In 2008 I realized my dream of returning to Hernando County and in 2013 decided to open a business down the street from my great grandparents home,” Champion wrote.

The Republican candidate highlights the fact that he is Hernando County’s “conservative voice” and will focus on policies that primarily deal with small businesses and promote economic growth as a whole.

The website mentions that “Steve Champion has over 23 years executive experience leading multimillion dollar retail stores for one of the largest retailers in the US. He has a record of achieving all financial goals which is exactly what is needed in the county.”

Champion did not return WUFT News’ calls and email requests for a formal interview. 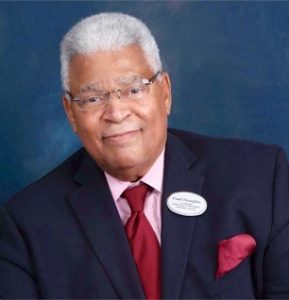 “Dedication, honesty, credibility and working for the community, that is basically my platform…I want to get this out of my system, see how much I can help people,” said the 71-year-old democratic candidate.

Paul Douglas has been a social activist ever since he can remember. Serving his community has always been a priority of his. As an 11-year-old in 1955, at the start of the civil rights era, he participated in the Montgomery Bus Boycott in Montgomery, Ala., where he grew up.

In 1961, he moved to Nashville, Tenn., where he got involved in the Freedom Bus Ride through the south, and was physically stopped, attacked and burned in Montgomery, Alabama.

“The civil rights issues that I was involved with then, continues now, because I am also the president of Hernando County’s NAACP,” Douglas said.

In 2008, Douglas retired to Hernando County, Florida with his wife Susan, after working with AT&T Long Lines company in Washington, D.C., and working with the White House Communication Agency where he supervised non-military communications to the president of the United States.

Although it’s clear that his life struggles do not define him, he says those experiences have shaped the person he has become. So much so, that he is confident he represents the entire community as a whole.

“The things that I’ve gone through in my life, I have the expertise to do it,” he said. “I can’t find anybody else here in this county that has that kind of experience that I have.”

Douglas stresses that voting goes beyond a specific political platform, the importance lies in choosing a candidate that knows their responsibility is to constantly be available for the community’s needs.

Active participation in the community is Douglas’ primary focus. Getting people to talk and address on-going problems, whether they are environmental, political or social issues, is what he strives to accomplish if elected this November.

Moreover, one of the first items on Douglas’ agenda is to change the order of certain protocols, such as having public commentary occur before county commissioners vote on certain issues, not after the fact. Douglas emphasizes the importance of having a voice in the community and being heard.

“I’m a 24/7 activist. I am always available. I want to have town hall meetings every month, giving everybody an opportunity to come sit down and talk to me, tell me what’s going on and let me represent you,” Douglas said.

Daniela is a WUFT reporter who can be contacted via email at daniprica@ufl.edu or Twitter @Dani_Prica.
@@Dani_Prica
Previous Florida Votes 2016: Hernando County Commission District 1
Next Oct. 20, 2016: Morning News In 90