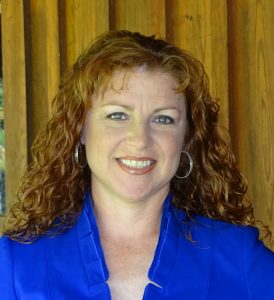 Scarlet Frisina is the current county commissioner and has been in that position since 2008.

She has an Associate in Arts degree from Florida Gateway College.

“I feel like this is my history, it’s my heritage and it’s the same for my children,” Frisina said.

She ran for commissioner because she wanted Columbia County to grow and improve and she still does but she wants to make sure the county grows correctly and that it benefits the residents.

And a big part of growing Columbia County is the economic development, according to Frisina. But Frisina said that developing the economy of the county takes time and work.

“It’s, I think, balancing between what you’re actually doing in economic development and helping the citizens to realize that it’s not an overnight thing,” She said. “So, trying to piece those two together and help the two sides understand that.”

For Commissioner Frisina, water and the aquifer is important to protect, especially since it is a prominent resource in Lake City with Ichetucknee Springs.

“It’s one of our most precious resources here in Columbia County and in North Florida and in Florida as a whole,” Frisina said. “[We have] to make sure we don’t do things that are going to harm our aquifer and deplete our resources.”

If Frisina gets reelected, she will continue to work hard and do the best for her constituents.

“I’ll continue to do my job from here on out like the first eight years and conduct myself with integrity and common sense and to seek the advice and opinion of my constituents and to pray diligently about those decisions I have to make before I make them.”

Tim Murphy was raised in Lake City and he is the owner of Murphy Fabrication Inc. He has always been interested in the well-being of the county and his community, so he decided he wanted to be a part of local government.

“This is something that’s been on my heart for 15, 16 years,” Murphy said. “I’ve always followed the actions of state and local government.”

Murphy first ran for county commission in 2012 but did not win. But he decided to run again because there are still changes to be made.

One of the main changes is to make sure the taxpayers’ dollars is spent properly.

“One of my biggest problems is that at the end of every budget year, you end up having year-end monies and then the commissioner’s history has always been to use it for some type of political gain,” Murphy said.

Murphy wants to make sure the leftover money is spent on new projects instead of not using the money and having to borrow for the projects.

Murphy also believes that Columbia County’s and Florida’s water resources should be a priority and make sure nothing pollutes the rivers and the aquifer.

“We must protect our water quality here in Florida,” He said.

Since he first ran in 2012, he has learned a lot about the inner details and responsibilities of being in local government. Murphy was appointed by Governor Rick Scott to be on the Lake Shore Hospital Authority Board in 2013, and there Murphy learned how budgets work.

Murphy is confident that he can do well as a commissioner with his experience.

“As far as any aspects of government, the current situation, past situations, I’ll assure you and everybody else that I’m just as knowledgeable as any commissioner sitting on the board now,” he said.

Cassandra Alamilla is a reporter for WUFT news. She can be reached at (786) 214-0237 or cassandraalamilla@gmail.com. Follow her on Twitter: @cassie_alamilla.
@cassie_alamilla
Previous Gallery: 2016 UF Homecoming Parade
Next Aboard A Makeshift Boat In Cedar Key During Hurricane Hermine