With the national election fast approaching, Floridians should remember that local elections are coming just as quickly. 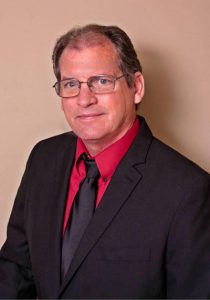 Timothy Langer, 60, also lives in Inverness, Florida, where he has resided for the past 50 years. Langer graduated from Citrus High School in 1964 and then attended the University of Alabama where he graduated with a degree in Geography in 1978. From college, Langer joined the United States Army was commissioned as an officer.

Langer left the army after 10 years as a captain and became a police officer. For the last 25 years, he has spent his life in law enforcement as a deputy sheriff to a school resource officer both with the Citrus County Sheriff’s Office. Decided he wasn’t happy with the direction of the county, and decided to run for county commissioner.

Langer said that his main goal is to put Citrus County back on the map for tourists and businesses to invest money and time in.

“We used to be vibrant, growing, but we need to be more welcoming so businesses will want to come. I grew up here; this has been my home, despite the fact I was in the army in college. You don’t lose your home,” he said. 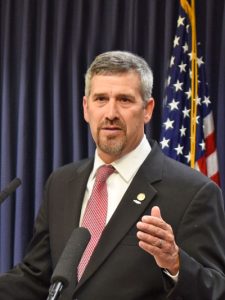 Jimmie Smith, 51, was born in Ridgewood, New Jersey and has lived in Inverness, Florida for the past decade. Smith received his G.E.D. and joined the United States Army at the age of 17 in 1983. He retired in 2003 after 23 years serving in Panama, Korea and Saudi Arabia.

Smith was elected to the Florida House of Representatives in 2010 and was subsequently reelected. Through his time sitting as a state representative, Smith has become increasingly aware of many of the issues and challenges facing Citrus County. After being asked by people in the community to run for county commissioner, Smith agreed after realizing that his leadership would be a valuable asset for the residents of Citrus County.

One of the challenges Smith hopes to tackle as commissioner is to provide infrastructure and resources into the Citrus Springs area.

“As the community grows, [it] needs infrastructure and resources with issues of traffic. These areas need an active leader who is involved with everything from sewer, water, and road issues,” he said.

Here’s where they stand on…

Infrastructure and the environment

Both candidates stressed the need for revitalized infrastructure within the county, specifically with the roads and sewer and wastewater projects.

Smith said residents in Citrus Springs concerned that the roads are not being maintained even after strides were taken to improve them.

Langer said that the infrastructure needs to be invested in in order to be revitalized and the first thing to work on is infrastructure and the deteriorating roads. He said that people used to get elected by making promises. But when services get cut, the county doesn’t save money or accomplish goals.

“We can solve these problems, but not with the attitude we have right now of saving a dime rather than making a dollar,” he said, “that’s not good math.”

Smith specifically mentioned investing in the sewer and wastewater projects as important steps to improving Citrus County. Even though there are no major sewer and water issues in district three area, all sewer water issues connect within the county.

“They all correlate to making a better waterway and improving the quality of life for individuals,” he said.

Another issue is the environment. Both candidates praised Citrus County for its unique natural characteristics like the different springs, manatees and the community is a coastal community on the west side, which attracts tourists through scalloping and people coming to enjoy the waters.

“We have to get our environment straightened out,” Langer said. “They call this the Nature Coast for a reason, and I hope that they continue to call it the Nature Coast.”

Job creation and the local economy

Both candidates agree that facilitating more jobs and revamping the economy starts with the growth of business in the community.

Smith said that there is no single biggest issue facing Citrus County, but jobs and the economy are his highest priority.

With Citrus County rated the fifth worst economy in the state of Florida, he said the county needs to take steps in investing in the future.

Langer also thinks that the government itself doesn’t create jobs, but he can facilitate change by recognizing good ideas when he hears them.

“I want to say yes to good ideas,” he said. “As a commissioner, I can’t create a job. My job is to make it easier for who want to create.”

But by making sure businesses have to opportunity to flourish, jobs are created. Smith works to ensure that the planning and permitting are running smoothly, so business can file paperwork and know what’s required of them.

Langer thinks the that Citrus County’s unemployment rate is exacerbated by the fact that the county makes it difficult for businesses to relocate there. He said that he’s going to try to eliminate some of those difficulties.

The candidates disagree about whether or not minimum wage should be increased in Citrus County.

Smith said that minimum wage is not the answer to dealing with the county’s economic problems. He thinks that increase in salaries are driven by the pressure to hire, but “it’s the need for the worker that’s driving the economy.”

Amendment 1 deals with solar energy subsidies and personal solar use; amendment 2 deals with medical marijuana. Both amendments will be on the ballot on Nov. 8.

Smith said that he’s in support of Amendment 1 and putting it on the ballot will allow people to look at where the power of generation is going. However, he is concerned about any new amendments that are going to have policies made on the backend.

Langer said that he’s supportive of solar energy but will have to do more research before he can make a decision about it. On the surface he thinks it would be a good thing, but he wants to figure out what the restrictions are.

With Amendment 2, Smith’s concern seems hesitant while Langer’s is very supportive. However, both candidate do not for smoke marijuana themselves.

For Smith, his stance on medical marijuana has been very specific.

“I do not believe that any medicine should be in our state constitution,” he said.

When it comes to the decriminalizing of small amount of marijuana possession, the candidates are split.

Smith doesn’t think that this is a priority for the county right now. He thinks it would be something to be looked at a later time by the community as a whole. He is still doing research on the issue.

“Our priority should be dealing with that as a community, but that shouldn’t be top list,” he said.

From a law enforcement standpoint, Langer wants to decriminalize possession of marijuana in small amounts and make it a ticketed offense rather than a leaving people with permanent records.

“I don’t know a cop who doesn’t want to get rid of marijuana laws because it’s a waste of our time.”

Where they get their ideas…

Both candidates are concerned with the individual issues facing their county and the residents who bring them to their attentions.

Smith goes to the people within the community for ideas, sitting down with people from all different demographics. As a veteran himself, he takes special interest in veterans’ issues, building relationships within the veteran community.

“I get my legislation from people in the community nine times out of 10.”

Langer admitted that he doesn’t have all the good ideas, but formed a plan of attack to be more productive than those politicians before him. He gets his ideas from people from outside the community wanting to bring business in and those already within the community.