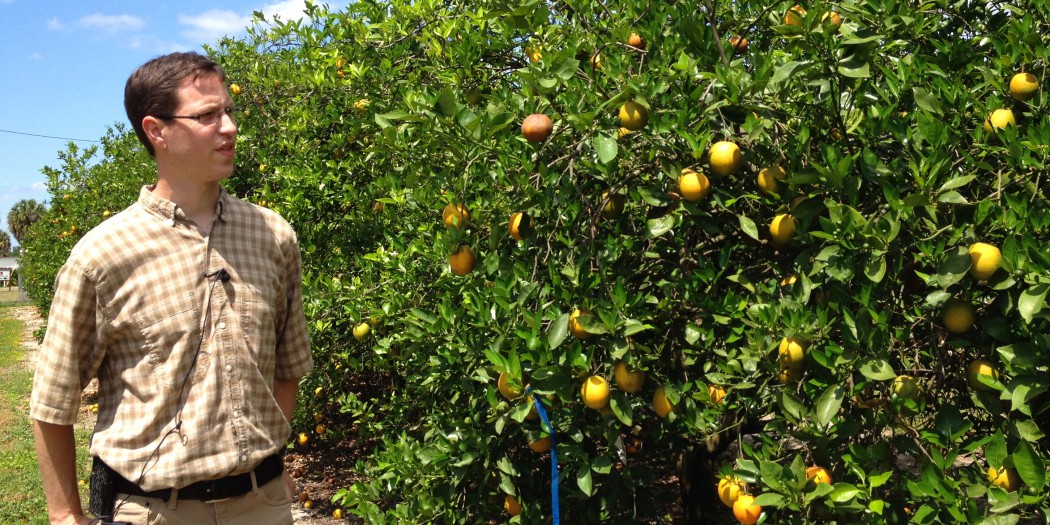 Citrus production continues to plummet in Florida, as the first forecast for the 2016-2017 growing season indicates a 14 percent drop in the state’s orange crop.

The forecast Wednesday from the U.S. Department of Agriculture predicts that Florida growers will harvest enough oranges to fill 70 million 90-pound boxes in the coming months, down from 81.6 million boxes in the 2015-2016 season.

The outlook came as the harvest for 2015-2016 was almost 16 percent below the 2014-2015 season and marked a nearly five-decade low, as groves have been hit hard by the deadly citrus-greening disease.

“Although not unexpected, today’s initial citrus crop forecast is disheartening and further proof of the trying times facing Florida’s citrus industry,” state Agriculture Commissioner Adam Putnam said in a prepared statement. “Production of our state’s signature crop is down 70 percent from 20 years ago, and the future of Florida citrus depends on a breakthrough in the fight against greening. We must continue to support our growers and provide them with every tool available to combat greening.”

State Rep. Ben Albritton, a Wauchula Republican who is chairman of the House Agriculture and Natural Resources Appropriations Subcommittee, said in a release the forecast in some respect “represents industry stability.”

“Now we have to have the fortitude to continue to reinvest and do so at unprecedented levels so we can again regain our rightful place as the world’s largest producer of the highest quality juice and citrus,” Albritton said.

The state budget that went into effect July 1 includes $8 million to help fight citrus greening and $14.7 million for a citrus health response program within the Department of Agriculture and Consumer Services.

Florida, which accounted for 49 percent of total U.S. citrus production in the past season, has been struggling since 2009 against citrus greening, an incurable bacterial disease. Also, the state has seen reductions in agricultural land, which decreased by 4 percent in the past year.

The Florida Department of Citrus, which is funded through a tax growers pay on each box of citrus, expressed some optimism in noting the forecast is higher than some people had anticipated.

“Growers are striving to do everything we can to keep Florida citrus the best it can be,” Ellis Hunt, chairman of the Florida Citrus Commission and a Lake Wales grower, said in a prepared statement. “This forecast is higher than initial estimates and I’m looking forward to the day we can see this number start rising again.”

The Department of Citrus noted that growers had gathered Wednesday in Dark Hammock Legacy Ranch in Lake Placid to hear the midday forecast live.

But it’s not all decreases for the industry.

The production of tangerines and tangelos, which hit a low of 1.415 million boxes last season, is forecast to be up to 1.65 million boxes in the coming harvest.

As the industry continues grappling with greening and lower overall production, the Citrus Commission is expected Oct. 26 to give final approval to a plan that would drop the tax rate on growers from 23 cents to 10 cents on each 90-pound box of processed oranges. The tax could go from 19 cents to 10 cents for each box of grapefruit. Some major growers have called for reducing the rates to 7 cents a box.

The News Service of Florida is a wire service to which WUFT News subscribes.
Previous Oct. 13, 2016: Morning News In 90
Next Donald Trump Holds Rally In Ocala